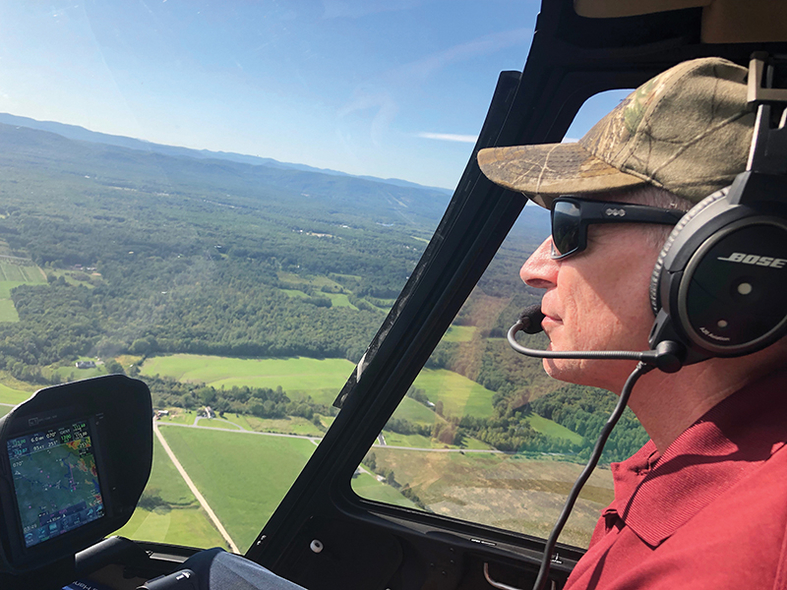 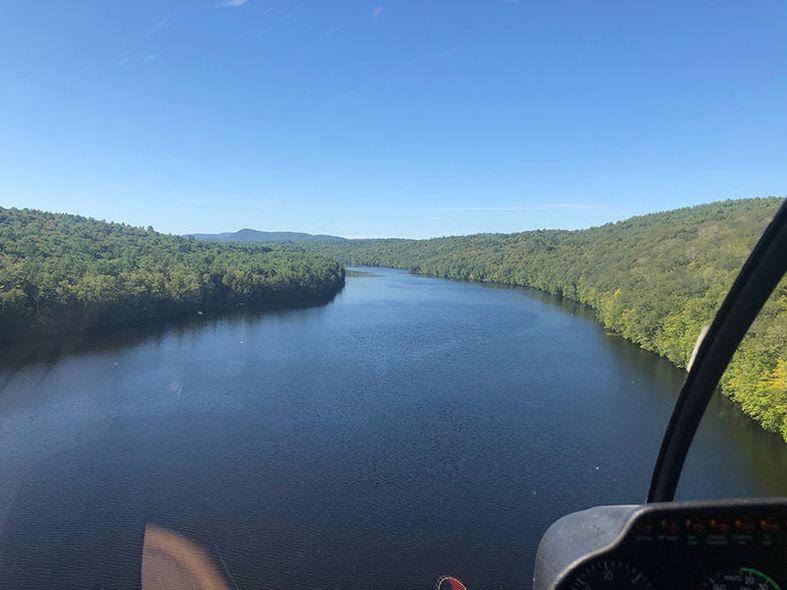 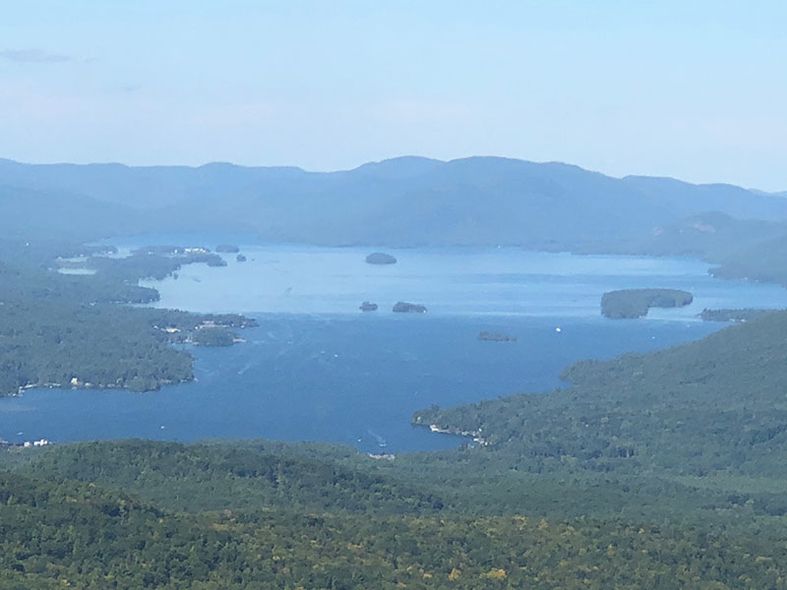 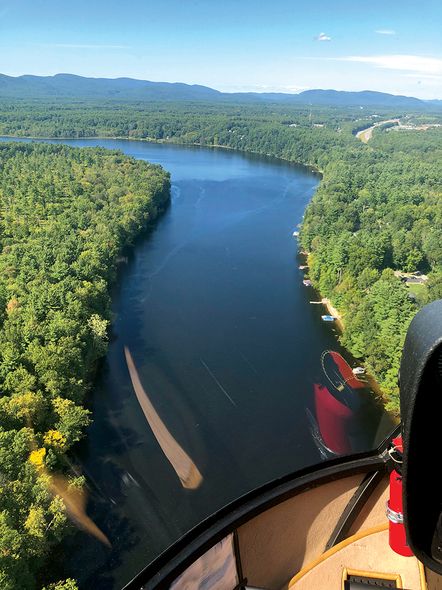 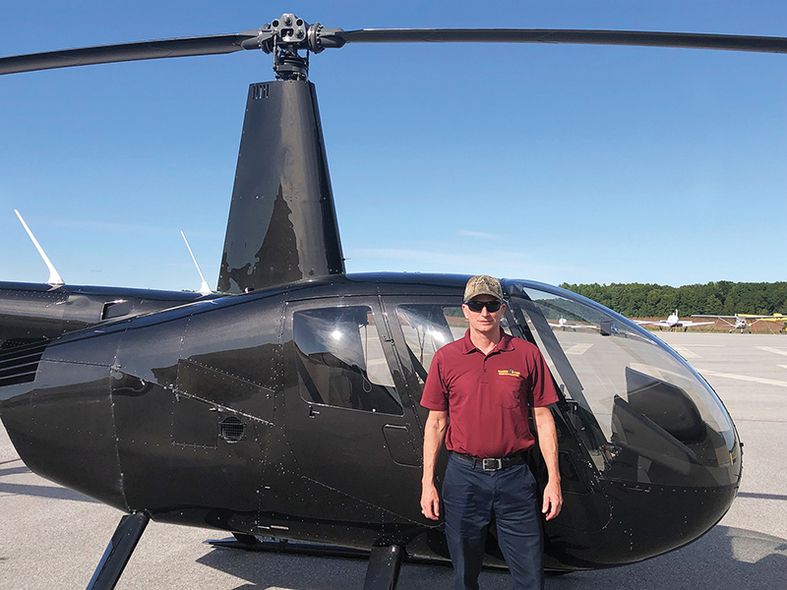 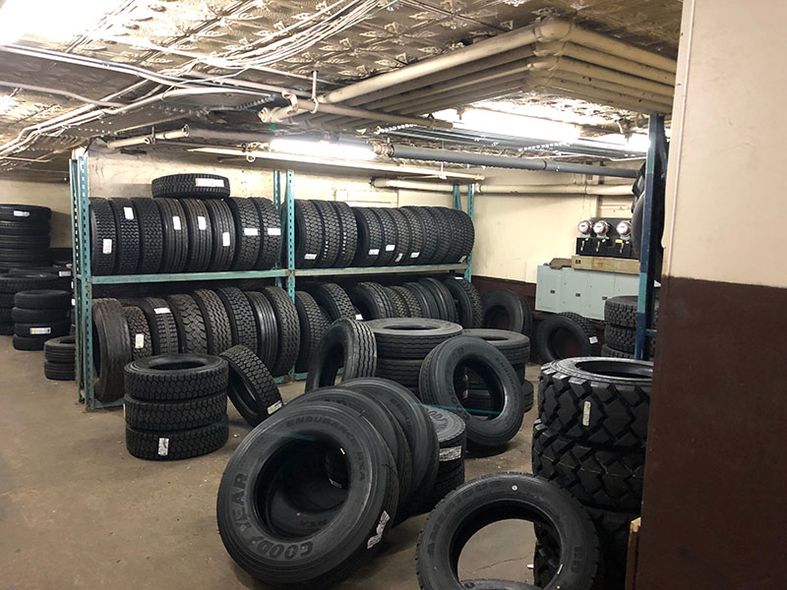 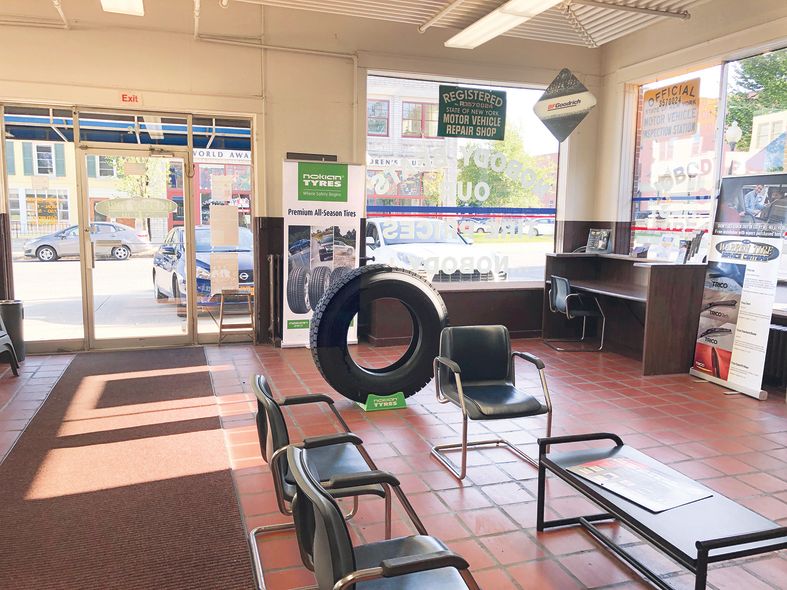 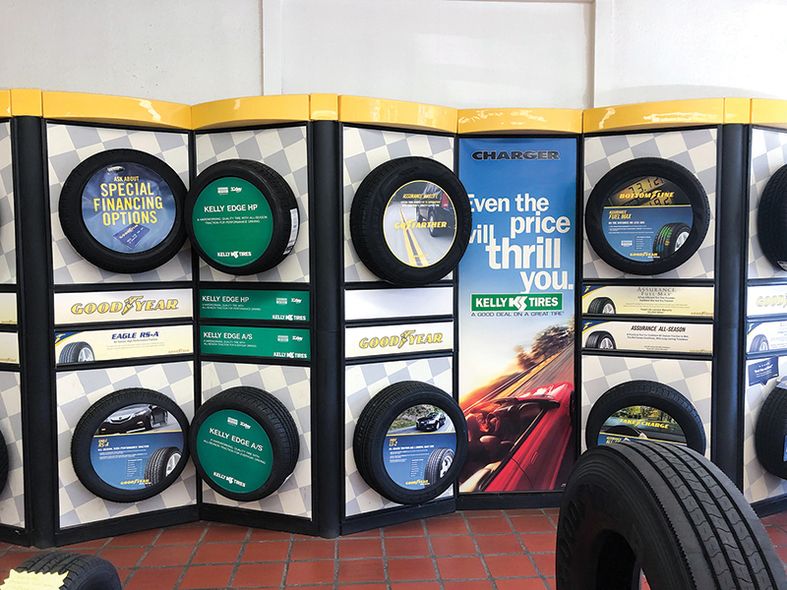 Tire Business photo by Don Detore
A look inside the Warren Tire shop.

QUEENSBURY, N.Y. — Bob Kellogg spent a lot of time in his early adulthood seeing the world from the clouds. There was a time, in fact, when he enjoyed nothing more.

As a lieutenant in the U.S. Navy, Mr. Kellogg flew helicopters almost from the time he joined the Navy in 1983 until he retired from the service academy 14 years later.

Today, his feet are planted firmly on the ground as president of Warren Tire Service Center Inc., while he also directs the bird's-eye view of the dealership's strategy and growth, at the same time mentoring the third Kellogg generation, daughter Megan Kellogg, as she takes a more active role with the company.

Oh yes, he still does pilot helicopters: He and three partners own a Robinson R44 helicopter that is parked in a hanger at the Floyd Bennett Memorial Airport, at least until Mr. Kellogg or one of his partners is piloting the copter over the Lake George region of the southern Adirondack mountains, in upstate New York.

The helicopter is a welcome respite for Mr. Kellogg.

"We'll take a day, go somewhere, have dinner, then come home," said Mr. Kellogg, who is the 2019 recipient of the Tire Business Tire Dealer Humanitarian of the Year, given to an independent tire dealer or retreader who, during the past year, has made significant contributions to the betterment of his or her community through charitable and/or public service work.

Mr. Kellogg is deeply involved in his Glens Falls, N.Y., community, supporting as many as 10 charities, most centered on helping children. He is the 26th winner of the medal.

Despite a busy schedule — that gets even crazier when he's volunteering time at one of his favorite charities or competing in a road race, two of his other passions — Mr. Kellogg can take some time for himself and his wife Ella, now that their daughter has become an integral part of the company.

He and his mother, Carolyn Kellogg, bought a place in Bonita Springs, Fla.

"I feel like I can get away for long weekends," Mr. Kellogg said. "I can do things I wouldn't consider doing two or three years ago. Back then, I just couldn't take time off. I had to be involved in the company all the time."

That wasn't always the case. Once he graduated from high school, Mr. Kellogg was determined to establish a career outside of the family business.

In 1983, he left Queensbury to accept an appointment with the Naval Academy. While stationed in Guam, he met Ella, and they soon had a daughter.

It was in 1996 when Wayne Kellogg wrote his son a letter, offering him a job to return to the family business.

"When Megan was born, I took a shot that, OK, he's going to get sea duties, he's separated from family, only if it's six months," Wayne Kellogg said. "I put everything together and gave him an offer."

"I was becoming more senior in rank, did less flying, managing people and assets more," Bob Kellogg said. "I thought, 'I can do that in the family business and be with my family at the same time.' "

Bob Kellogg had to give a year's notice in order to retire.

He returned home in 1987. His dad had a new pickup truck waiting for him, "and the rest is history."

Bob Kellogg worked for his father until 2007, when, at age 65, Wayne Kellogg sold the business to his children.

Wayne assumed control of the fledgling business, named because its original building sits on Warren Street, at age 40, in 1983. Though he is not a shareholder, Wayne, 77, comes to work every day, serving as CEO.

Ms. Potter handles payroll. Her son Derek works for the company as well.

Megan's path into the tire business was very similar to her father's: It ran through Wayne Kellogg.

Ms. Kellogg graduated from St. Lawrence University in Canton, N.Y. — where she was one of the school's top cross-country runners — determined to get a job elsewhere. While Mr. Kellogg wanted her to work at the family business, she applied for jobs along the East Coast.

"Bob was broken-hearted," Wayne Kellogg said. "It was his dream to have his daughter come to work here."

The elder Mr. Kellogg took things in his own hands. He convinced his granddaughter that she'd be doing more than just "bookkeeping," which was the reason she didn't want to join the business originally.

"I told her she'd be involved in advertising, with the Chamber of Commerce, donations — and some bookkeeping," Wayne Kellogg said. "I told her she would be running her tail off."

"My intention was to graduate, get some experience somewhere else just for a few and come back here," she said. "But I think it played out better."

"What she thought was bookkeeping turned into a complete schedule," Mr. Kellogg said.

Mr. Kellogg said the business is performing extremely well. Last year, he said, the company eclipsed $22 million in sales; this year, he said it is trending at $23 million or greater.

Warren Tire is the 71st largest retail dealership in the U.S. based on number of stores.

He oversees 14 locations — the company owns 11 of the buildings — in a six-county area, covering an 80-mile radius. A 15th location in Wilton, N.Y., is in the works. Business has grown 15% annually during each of the last few years.

The Kelloggs attribute their success to a variety of factors, including longtime employees, discipline, consistency, added efficiencies, a new distributor — the company switched to Max Finkelstein Inc. wholesale distributors six years ago— and reinvesting in the business.

Mr. Kellogg recently replaced 40 computers in his shops, even though the older ones were working well. He bought five service trucks in recent years, at a cost of $80,000 to $130,000 each.

Although he's taking some time for himself these days, Mr. Kellogg doesn't see a day where he wouldn't be involved in the business.

"I will slowly step back and give more responsibilities to more people. I'm very comfortable, healthy and happy with what I am doing right now. But I also see it as probably difficult to completely retire from it," Mr. Kellogg said.

"... My father and I are integrated ... in the business and the people. It's part of our life. To be completely detached ... I'm not going to be completely retired and not come in office and be involved. I have a hard time envisioning that.

"My father until his last day will be around the business somewhere. That's what he likes to do. It's part of his routine.