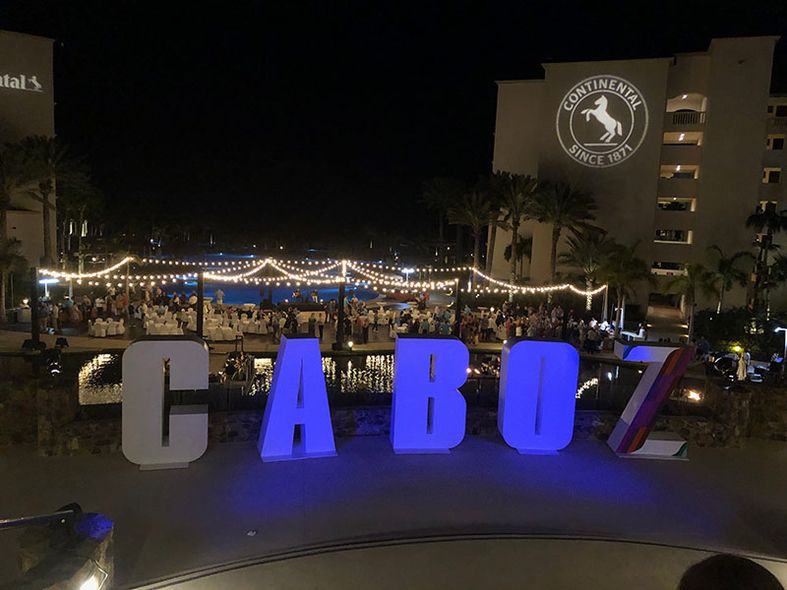 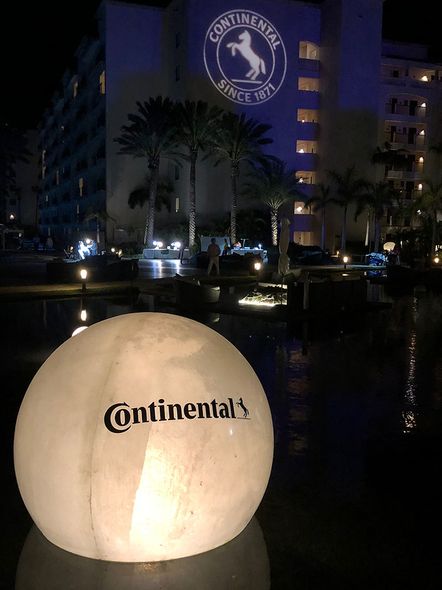 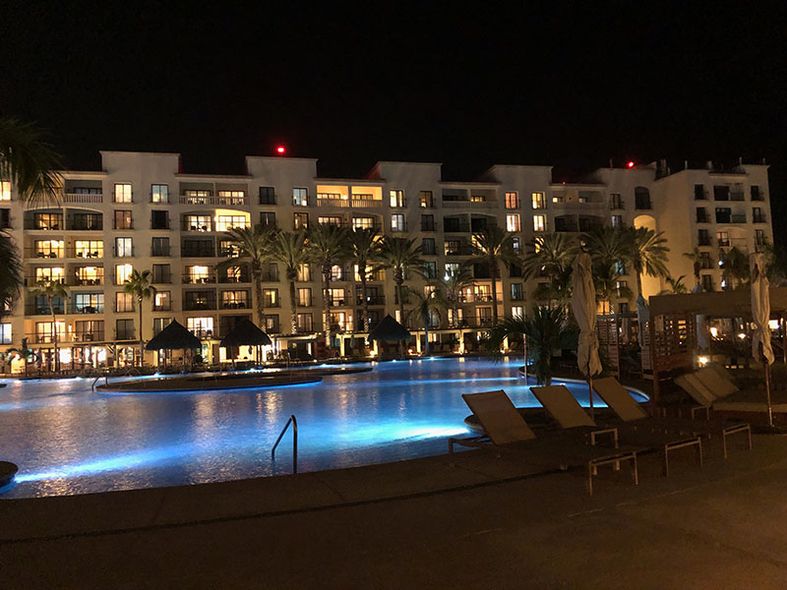 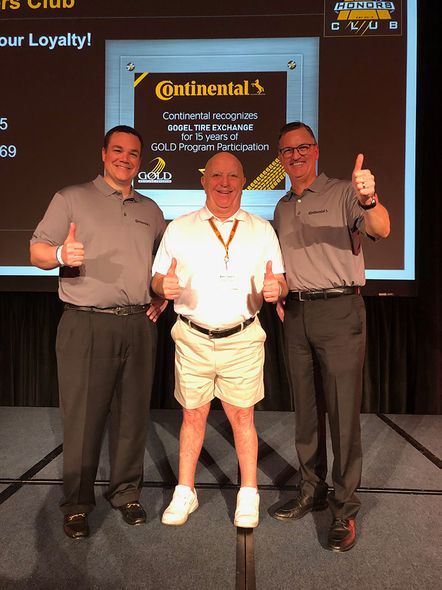 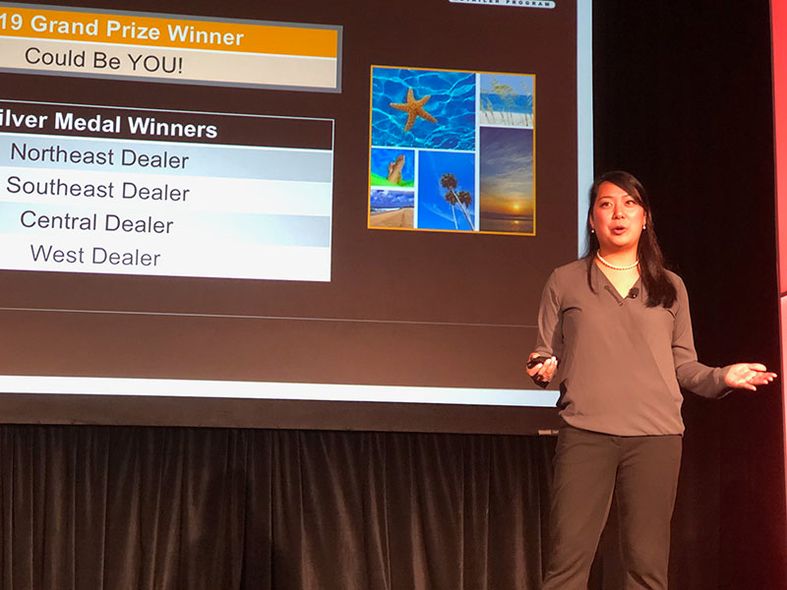 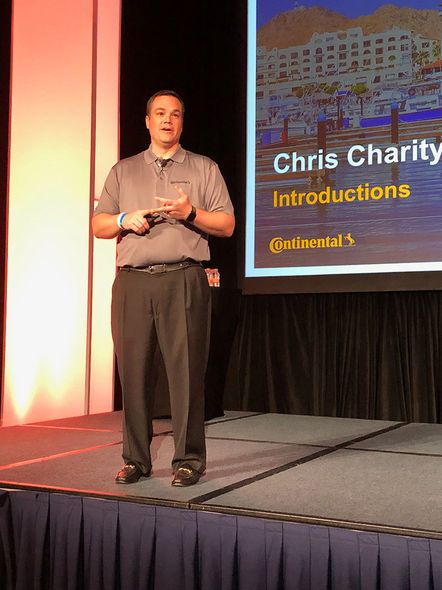 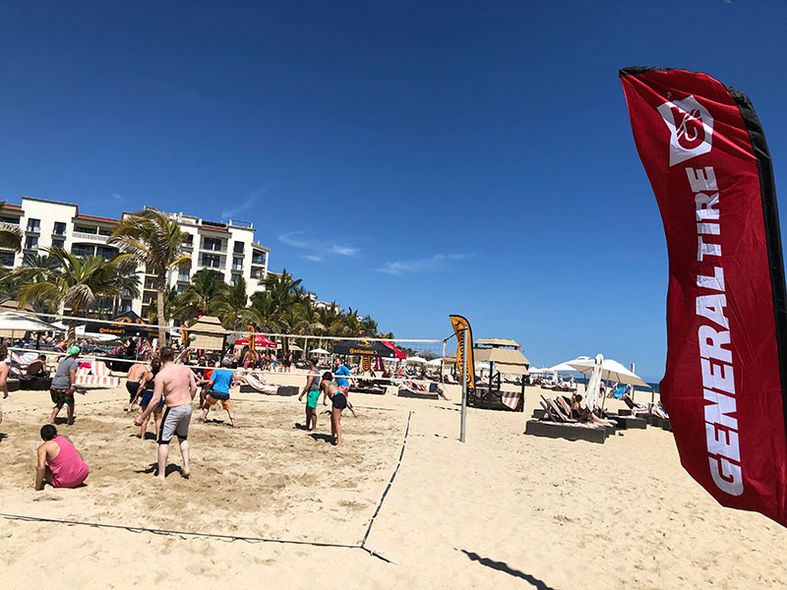 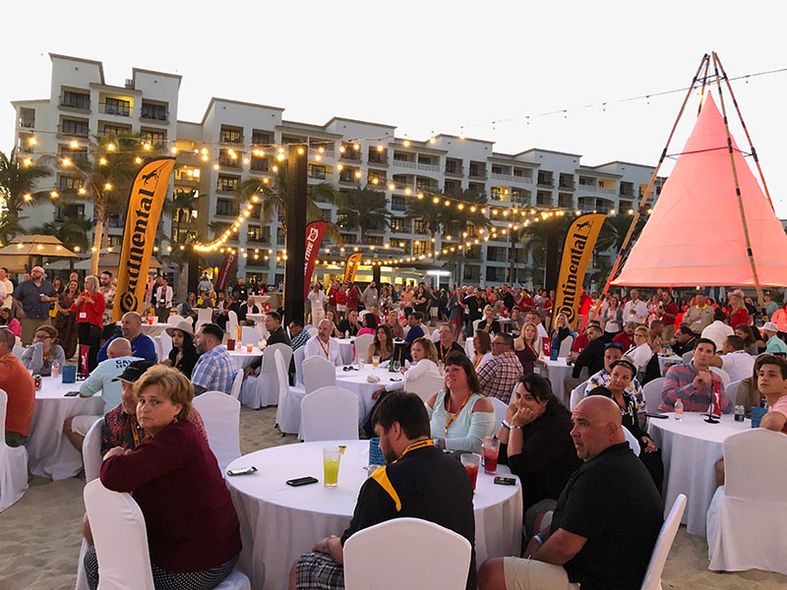 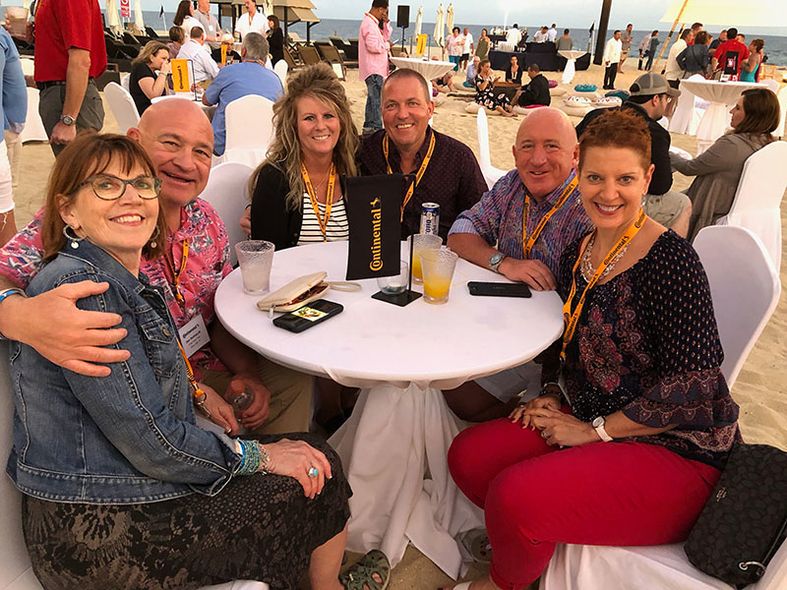 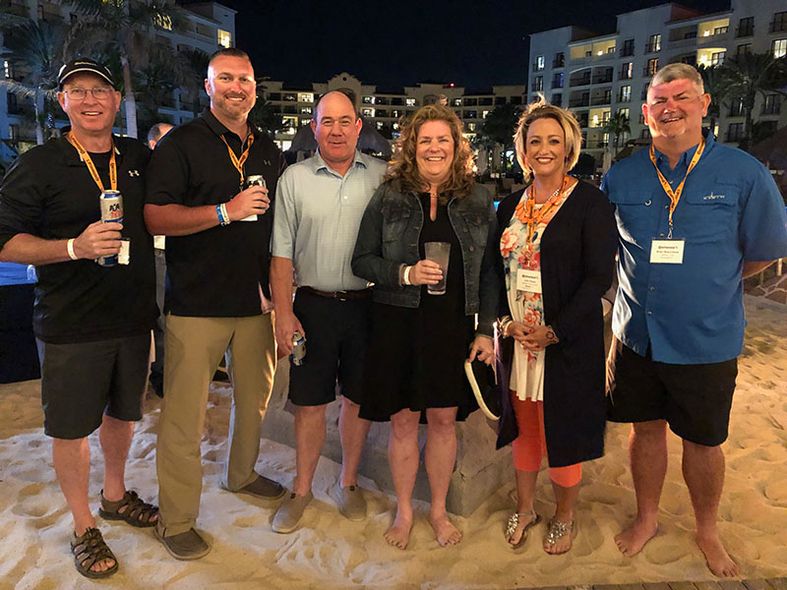 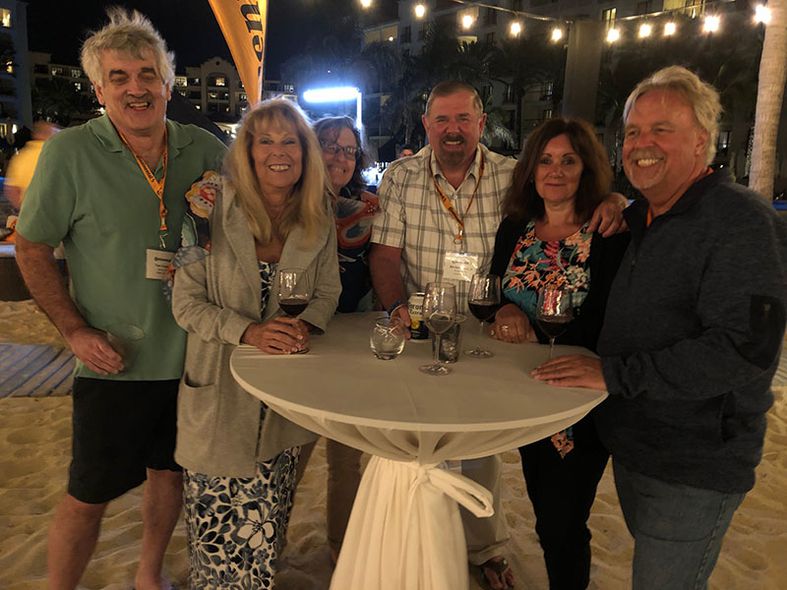 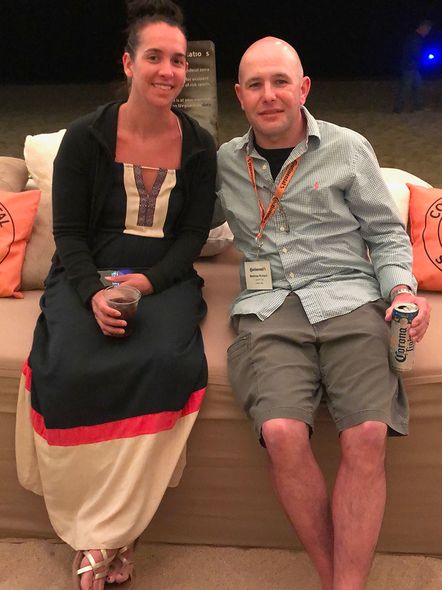 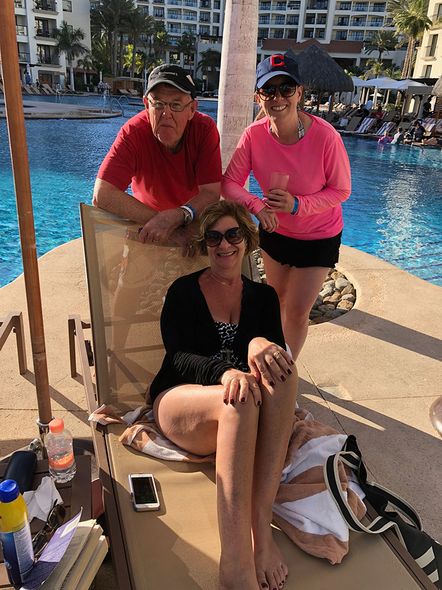 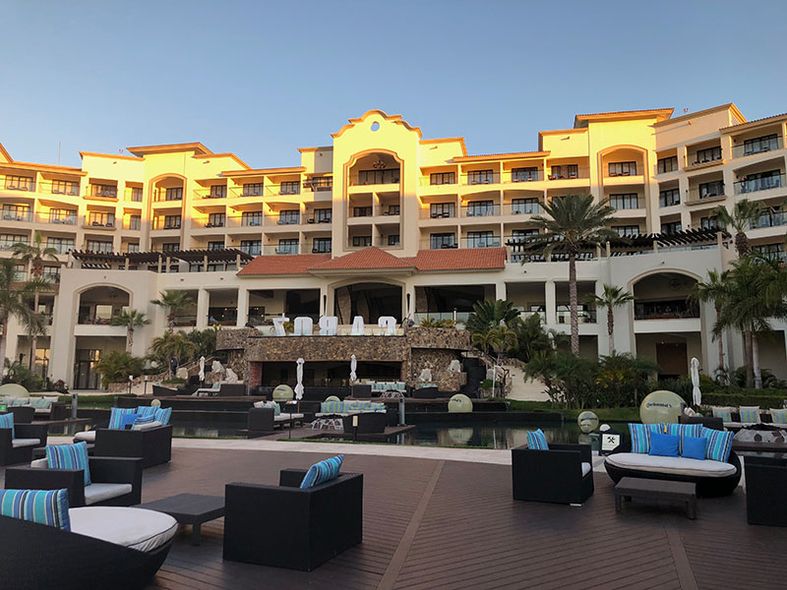 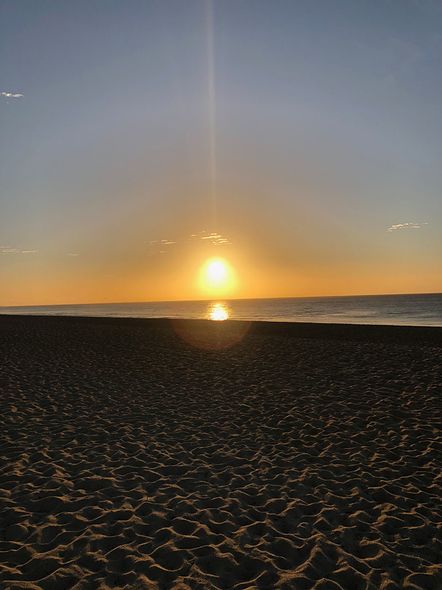 CABO SAN LUCAS, Mexico — Sure, there was the requisite new products — four to be exact — as well as reviews of the latest dealer program and marketing initiatives, but leaders of Continental Tire the Americas L.L.C. had one overwhelming message during the recent dealer meeting: Consistency.

Coming off one of the most disruptive years in the tire industry — during which four of its competitors made a push to control the distribution market — Conti wanted to make one thing clear to the record 375 dealers, including 62 first-timers, who qualified for the 15th annual Gold Trip.

"We want to be consistent in what we're doing, and the message stays consistent year after year," Director of Marketing Travis Roffler said. "Everything I'm doing in marketing, everything they're doing in sales, our direction and philosophy, is our consistency in how we handle the independent dealer."

"It's very different from other companies, but it works for us," Mr. Charity said. "We found ways to grow, and we face big challenges every year, but we keep it fresh and find solutions moving forward."

In fact, it was Mr. Caldwell's initial greeting to dealers — when he told them that Conti will continue to focus on producing a quality product and partner with distributors "who support our brands and support dealers who want to sell our brands the right way" — that drew the loudest applause.

"So there's not really an initiative or a trigger or a catalyst for us to change that course right now," Mr. Caldwell said during the general session on the second day of the five-day getaway, held in mid-March at the Hyatt Ziva Los Cabos resort in Cabo. Around 100 premier dealers spent two extra days Continental, Mr. Caldwell said, builds, develops, designs and markets tires. And, he told attendees, Continental knows what dealers do best: Sell to consumers.

"So our plan of attack going forward is to remain not a competitor of yours, but a partner of yours and ensure that we support you in the right way and making sure we have distributors that support us, and we want to make sure they're successful as well."

Continental, meanwhile, continued its strategy of taking steps not only to boost brand awareness through its marketing efforts, but also broaden and improve its product portfolio.

And that means new products. This year's aggressive campaign comprises four tires that have been or will be released this year, two in the light-truck/SUV/CUV market and two in niche markets:

According to Joe Maher, product manager for passenger and winter tires in the U.S., the CrossContact LX25 will come in 41 sizes, covering 16- to 22-inch rim diameters, with speed ratings of T, H and V, providing 84-percent market coverage. It is backed by a 65,000/70,000-mile limited treadwear warranty, a 60-day trial period, three-year roadside assistance and a six-year limited treadlife warranty.

It replaces the CrossContact LX20 in the replacement market; the LX20 will continue as an OE-exclusive fitment.

"It has robust durability, performs excellent in wet conditions and offers a quiet ride," Mr. Maher said, noting it features Conti's TractionPlus Technology. The traction grooves provide grip in snow, while the interlocking sipes provide stable handling, braking under heavy loads and all-season grip throughout the life of the tire.

Orders are being accepted for the VikingContact 7, which the tire maker rolled out during an event in February. The tires begin shipping in August.

On April 1, Conti became an approved vendor for the National Association of State Procurement Officials (NAPSO) for the next five years, as a prelude to the release of the General G-Max Justice.

The product is available in six sizes that fit four newer police vehicles as well as two sizes for older vehicles.

Mr. Roffler was equally excited about Conti's geotarget marketing, which he said can drive customers to Gold Dealers via Conti/General mobile ads on websites and social-media platforms. The marketing is done within a five-mile radius of the dealer's location, and a user's browser behavior determines the tire-buying consideration.

Conti, meanwhile, will continue to build its product portfolio and drive customers to dealers and stay out of the wholesale and retail markets.

"Obviously we're trying to grow in the market, but through our customers, whether that's retail or wholesale," Mr. Caldwell said. "We have our own retail (stores) in Europe, but that doesn't fit here. In my opinion because of the nature of the market, we think (the disruption) actually creates opportunities for us, as there is more and more of this competition for the consumers between manufacturers and retailers. We're not interested in growing the other way."

The disruptions that shaped 2018 prompted plenty of uncertainty for dealers.

"There is nothing we're going to do because the system works for us the way it was built today," Mr. Caldwell said. "We're not buying (American Tire Distributors Inc.), but we still have to earn the sale from the dealer. Those dealers have all the brands, whether on the Gold Program or not. Somehow controlling where they can or where they have to buy doesn't change the fact that you still are competing with those other products.

"So I think we have to win there. Our team has to focus there. We don't win by changing the playing field or controlling this or controlling that. We win by competing against other manufacturers on great product. Our people who sell our products can be successful doing that."

"Each of us, in different parts of the business around the world, in different categories, are contributing to that," Mr. Caldwell said. "We need to keep growing. We have a lot of runway in the U.S. market with our share of accounts. The customers are telling us, through their actions, whether we're doing the right thing or not.

"It's all about whether we're doing the right actions, and the customers decide how much we grow in the end."

"(Dealers) are looking for consistency," Mr. Charity said, "and we try to provide that. They're still a very important part of what we do."