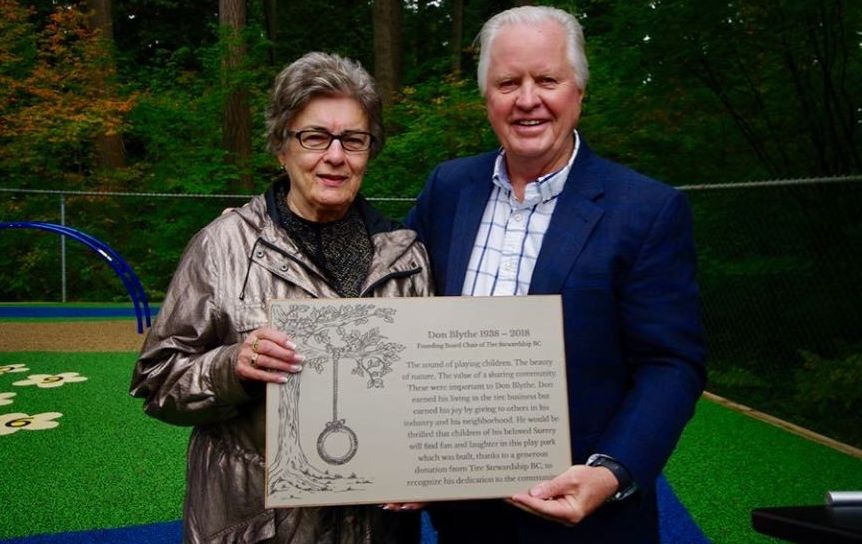 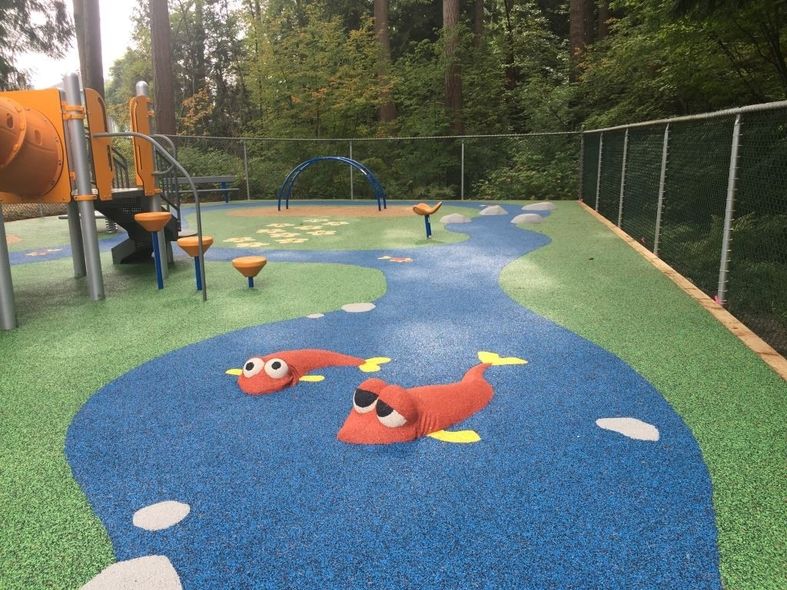 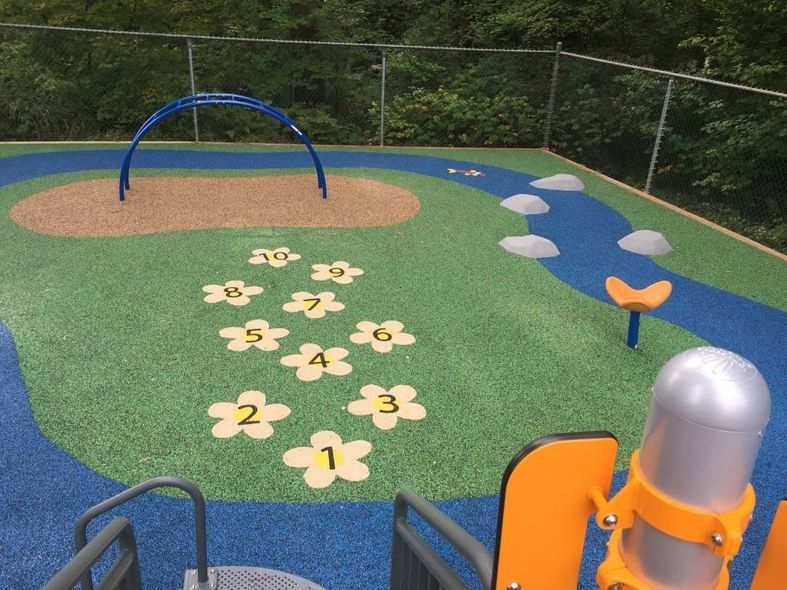 SURREY, British Columbia — Don Blythe's legacy as a champion for the tire recycling industry was enhanced recently with the dedication in his honor of a soft-surface playground composed of more than 1,000 recycled tires not far from Mr. Blythe's home in Surrey.

Mr. Blythe, a former president of OK Tire as well as a Tire Industry Association (TIA) and Western Canada Tire Dealers (WCTD) board member, was instrumental in establishing Tire Stewardship BC (TSBC), one of the original tire recycling programs in the world.

According to the WCTD, Tire Stewardship BC spearheaded the initiative to restore the Boundary Park playground in Vancouver and underwrote the majority of its cost.

During the dedication of the playground, TSBC Chair Glen Ringdal noted that after a successful career in the industry, including time as an OK Tire store owner, Mr. Blythe "took on the challenge of chairing the inaugural board of directors of newly chartered Tire Stewardship BC, a not-for-profit body mandated by the provincial government to collect and recycle every single scrap car and truck tire in the province.

"Under Don's leadership," he added, "TSBC became highly regarded as the most effective agency of its type in Canada. We can confidently state that all program tires in this province are efficiently collected and transformed into new materials for new products, including the soft and safe rubber base you see here in this playground."

Accompanied by Laura Blythe and Surrey Councillor Brenda Locke, Mr. Ringdal cut the the ribbon on Sept. 27 to dedicate the park to the children and families of the Surrey neighborhood.

A plaque on playground pays tribute to Mr. Blythe. It reads:

Founding Board Chair of Tire Stewardship BC.

The sound of playing children. The beauty of nature. The value of a sharing community. These were important to Don Blythe. Don earned his living in the tire business but earned his joy by giving to others in his industry and his neighborhood. He would be thrilled that children of his beloved Surrey will find fun and laughter in this play park, which was built thanks to a generous donation from Tire Stewardship BC to recognize his dedication to this community.