Goodyear employees give back during Week of Volunteering 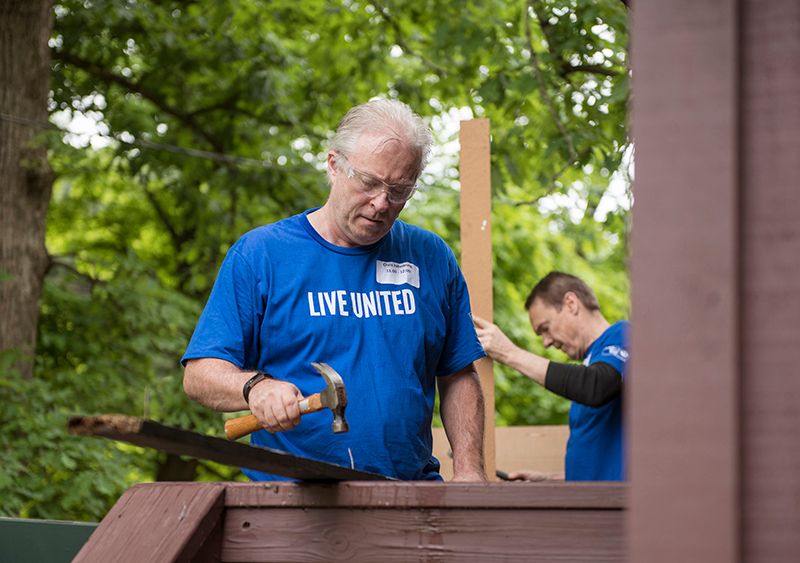 One of the Goodyear volunteers helps with a Camp Y-Noah project. 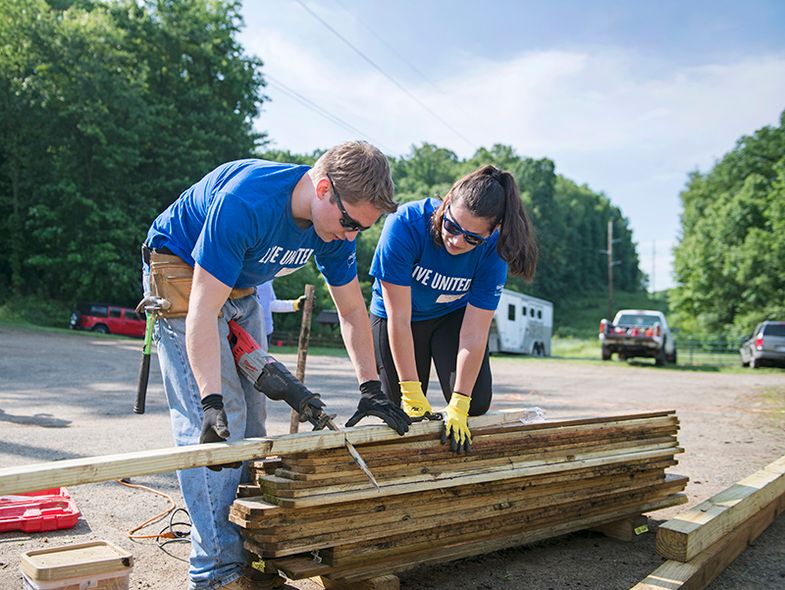 Goodyear volunteers help with a construction project at Camp Y-Noah. 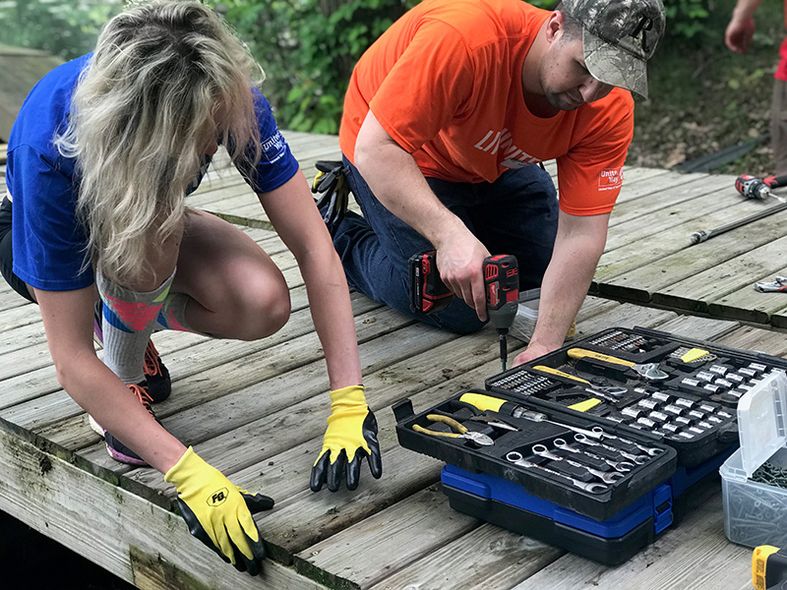 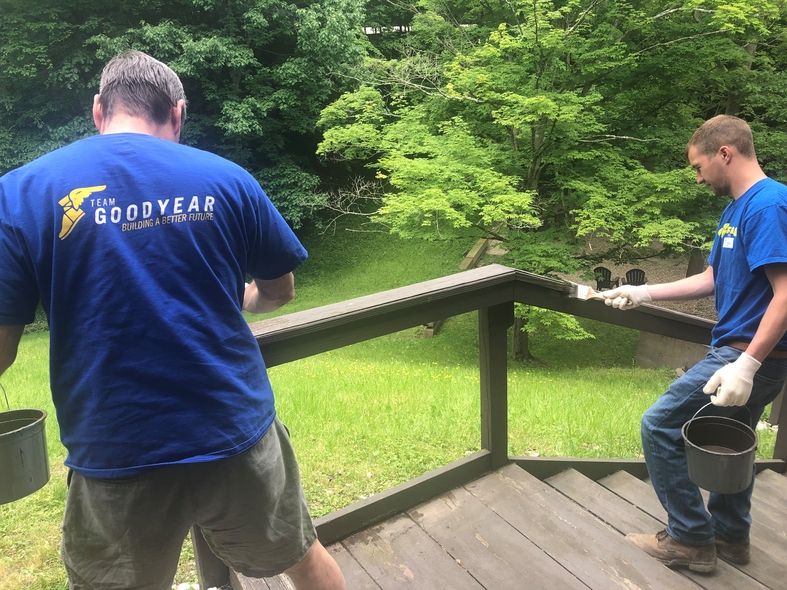 Volunteers helped with a variety of projects. 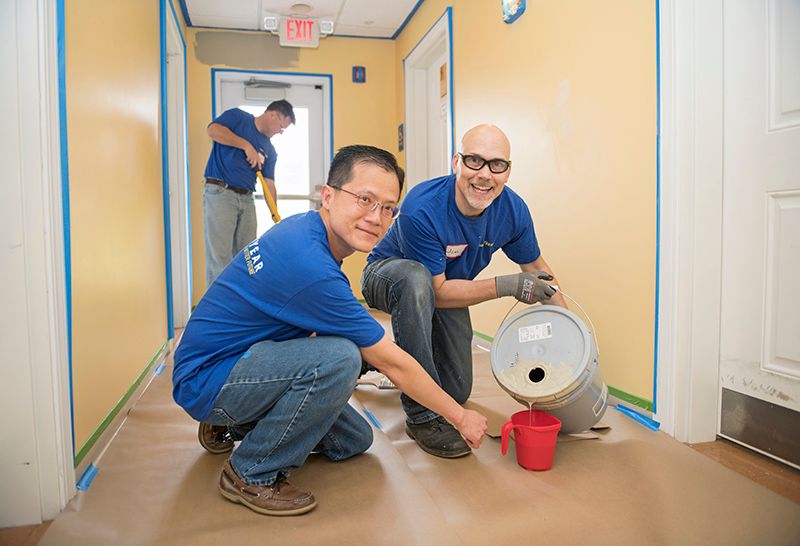 Goodyear volunteers help with a painting project at Valor Home. 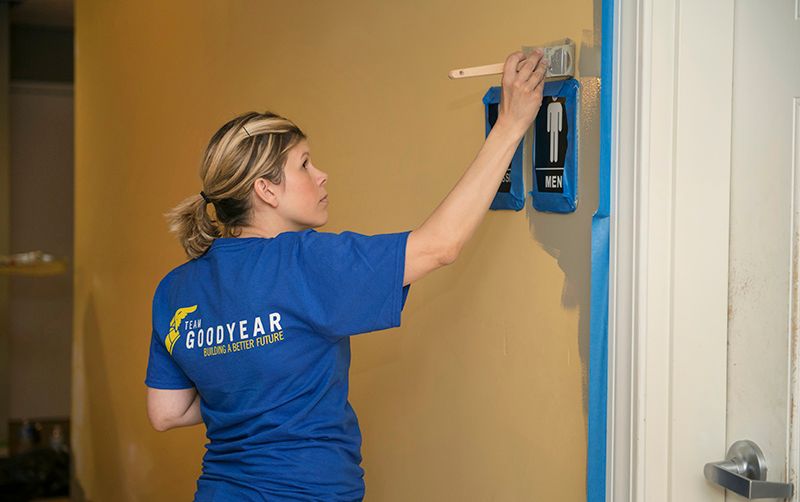 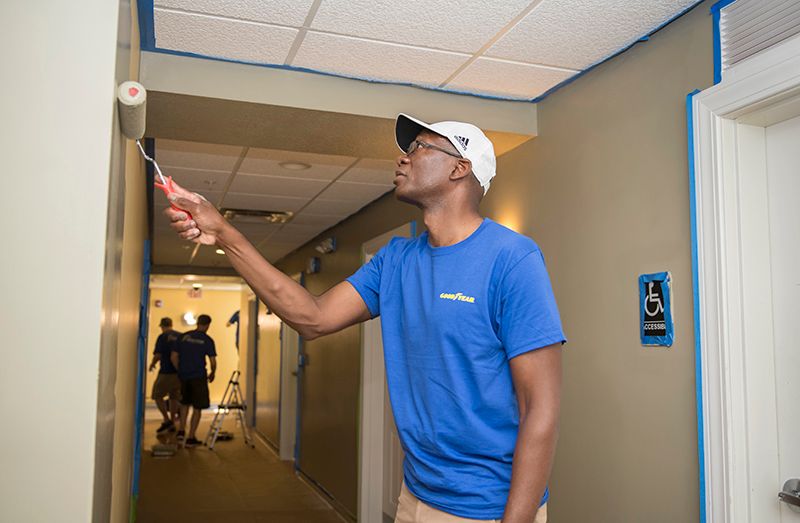 Goodyear
One of the Goodyear volunteers adds a coat of paint to the walls as part of a Valor Home project.
Share 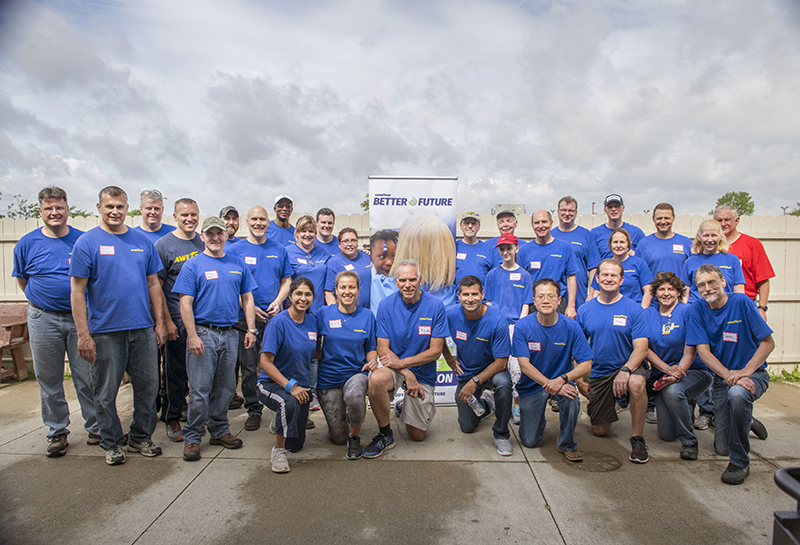 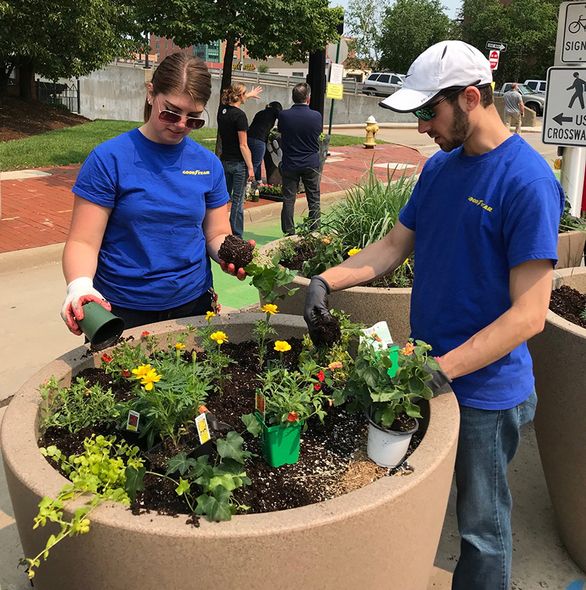 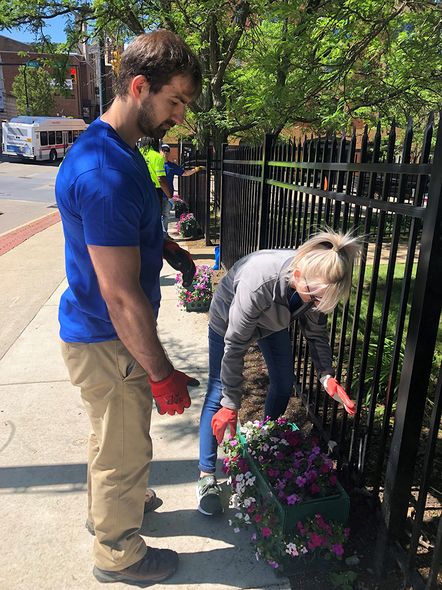 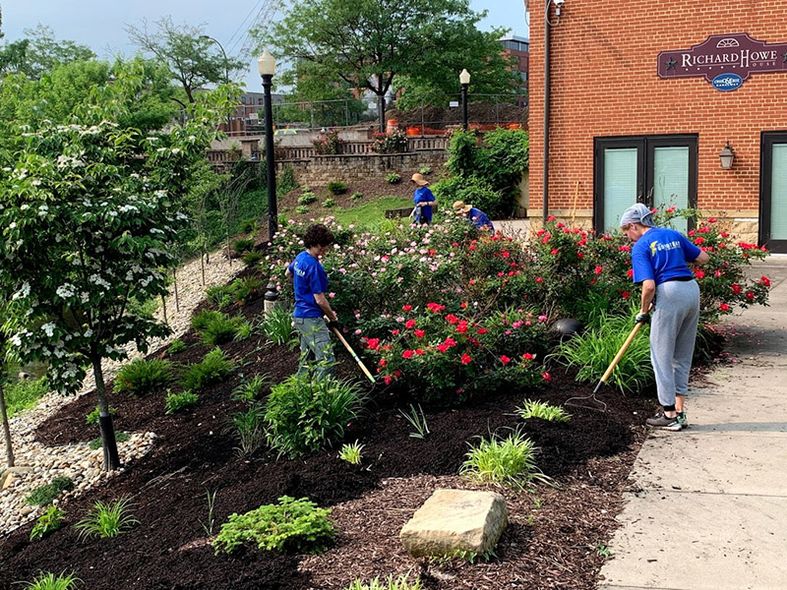 Goodyear photo
Volunteers helped prepare and serve food for those who need it.
Share 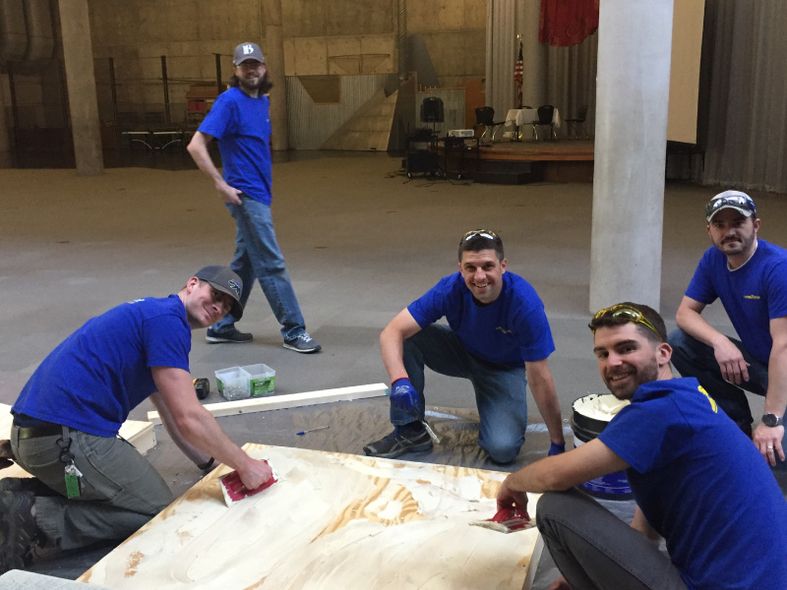 Volunteers work on a STEM escape room at the National Inventors Hall of Fame STEM School. 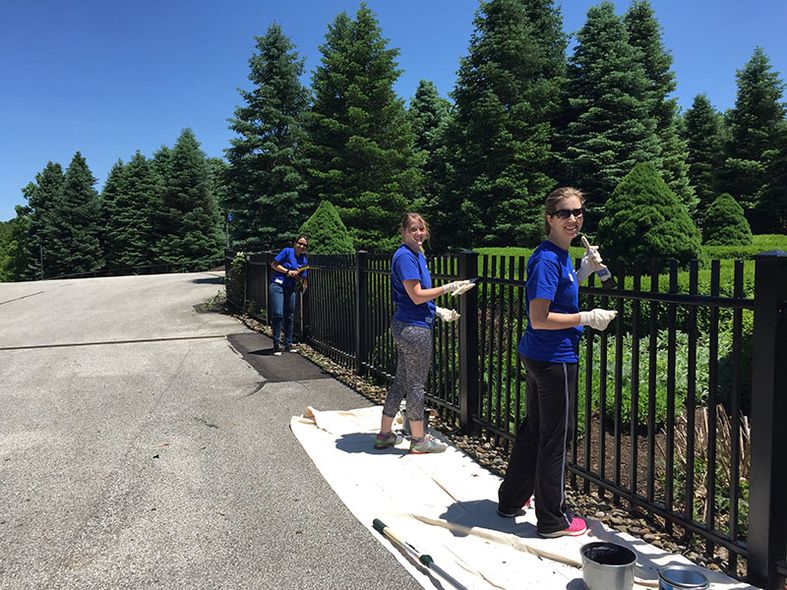 Goodyear photo
Goodyear volunteers helped with projects throughout the community during the week of volunteering.
Share 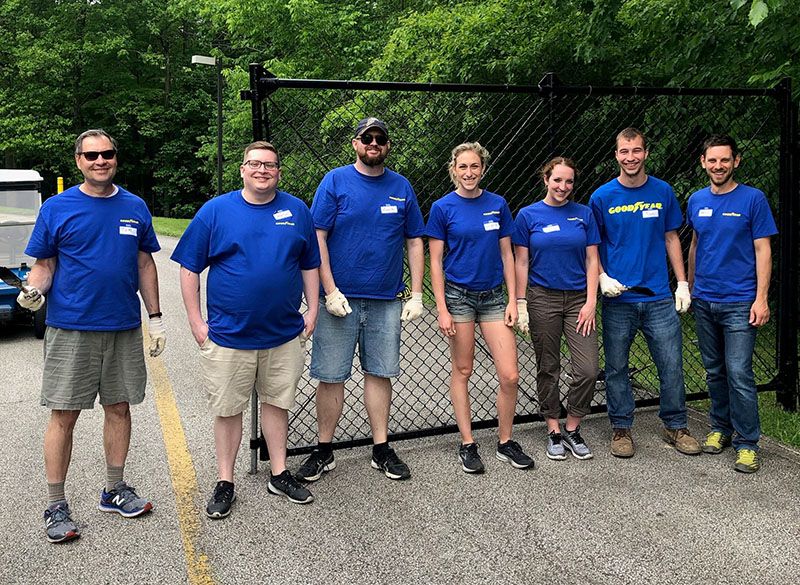 Goodyear volunteers helped with projects and initiatives throughout the community during the tire maker's week of volunteering. 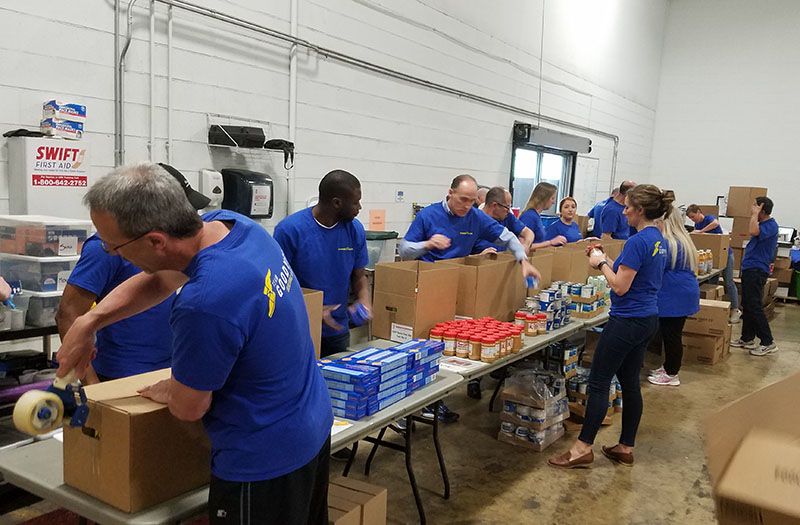 Goodyear photo
Volunteers from Goodyear lend a hand at the local food bank.

AKRON — In the tire and rubber industry, the investments you make matter. But it's the return on those investments that makes the difference.

During Goodyear's third annual Global Week of Volunteering, held this year from May 30-June 6, more than 1,200 employees invested in the greater Akron community by giving their time to more than 120 projects and initiatives. Teams of volunteers partnered with 18 non-profit and community organization to help make a difference.

"Our associates are giving their time and talents to deserving non-profits around the world this week, which is symbolic of the work Goodyear does year-round to help the communities where we operate," Laura Duda, Goodyear's senior vice president of global communications, said in a statement issued during the volunteering initiative.

"Goodyear's week of volunteering allows us to rally our collective passion for volunteerism in one unified effort to serve."

Throughout the Akron community, Goodyear volunteers helped with efforts to clean up and plant flowers throughout downtown Akron, created a STEM escape room at the National Inventors Hall of Fame STEM School, worked on projects at the YMCA's Camp Y-Noah and helped with painting at the Akron Valor Home.

In addition to the community service projects in Akron, Goodyear also conducted professional development workshops for more than 400 professionals working with nonprofits in the area.

The giving, however, did not stop with the tire maker's global headquarters. Employees at Goodyear locations around the globe engaged in community service projects and initiatives that impacted their local communities.

Employees in Kranj, Slovenia, worked on a project conducted in conjunction with the Center for Sustainable Development to revitalize part of the Kokra River Canyon. Meanwhile, Debica, Poland-based employees hosted a bicycle safety program at Primary School Number 10 in Debica, Poland, and associates in Carson, Calif., worked with the local Boys & Girls Club to help teach personal finance and decision-making skills to teens.

Begun in 2017 as a way to build on the company's commitment to the community it serves, the Global Week of Volunteering is intended to engage, inspire and empower Goodyear employees.