GREENVILLE, Ohio — On a dark highway crossing the Indiana and Ohio border a few years back, Bill Stock had an epiphany.

He was traveling back to his Ohio home after another long day in his 19-year career as a copier and computer repairman. And the job was stressing him to the point of physical pain.

He put both hands on the steering wheel.

"Lord, if there's a job out there for me, please reveal it," he prayed.

And that's exactly what he did, opening Stock's Affordable Tires in Greenville in 2018.

In the two years since, his family has faced multiple tragedies.

And there was the coronavirus pandemic, too.

"But here we are," Mr. Stock said recently in his shop.

Bill and Penny Stock outside of Stock’s Affordable Tires in Greenville, Ohio.

"I've always wanted to have my own business, since I was 15," Mr. Stock said.

The thought of owning a tire shop gave him ideas.

Automotive repair had been big when he was younger, he said. Then life led him in other directions, such as serving in the U.S. Marine Corps.

And he knew of a place. He met with Ron Kreg, owner of Affordable Tires in Greenville, and asked if he wanted to sell his business. He purchased the tire shop, and Mr. Kreg agreed to stay on for six months to help him learn the business before he retired.

Greenville is a community of about 13,000 located 40 miles northwest of Dayton in west-central Ohio.

In January, at wholesaler K&M Tire Inc.’s annual convention, he said business was feast or famine. Some days he would have so much work, he’d have to turn people away. Other days, customers were hard to come by.

In order to come to the convention, he had to shut the shop for a few days, he said, adding it was worth it if it helped business improve.

In his shop Sept. 4, he said he gained a lot of good information at the convention while talking with fellow dealers, who, he said, were happy to share their knowledge. And he said the more he can learn, the better he can serve his customers.

The Drake County (Ohio) Courthouse, built in 1834, in Greenville, Ohio. Greenville is a community of about 13,000 located 40 miles northwest of Dayton in west-central Ohio.

The business took a back seat in May 2019 when the couple's eldest daughter and her three children were in a bad accident. All of them survived, but their daughter needed emergency surgery to save her life and continues her recovery today. The couple said the man responsible for the accident goes on trial later this year.

Then, in December 2019, the couple's son died unexpectedly from an illness.

"I pray no one ever has to go through that," Ms. Stock said.

When the COVID-19 pandemic first hit, Mr. Stock was thinking about closing the shop. The business had slowed to a crawl. He said during one week in March he had only three jobs.

His family supported him, though, and convinced him to stay with it.

"We told him, 'This was God's plan for you, and you need to stay on this path,'" Ms. Furlong said.

In April, Mr. Stock said the business started to pick back up. 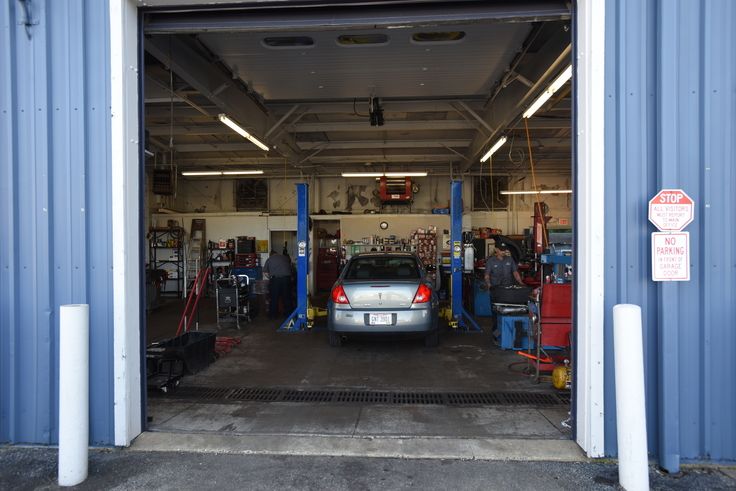 Soon, Mr. Stock learned of a location for sale in Greenville. The rent was about the same as his shop, but the space — on the south side of Greenville — was bigger with an extra service bay.

Moving to a larger space, he thought, would give him the room to do more work.

Mr. Stock also said he reworked his schedule to be open fewer but more productive hours.

"We're slowly booking up," he said. "This pandemic is definitely not making it easier."

Mr. Stock doesn't keep a tire inventory but said his wholesalers have been good at delivering tires in a timely manner. His services are mostly by appointment.

While patching a tire in his shop, Mr. Stock laughed and traded jokes with Gale Rosser, his first hire at the shop. As Mr. Rosser walked out back for a break, Mr. Stock joked, "I fire him nine times a day."

Mr. Rosser has been around. The lines in his face and tattoos give hints to many stories, and he has been working on cars long enough that it takes him a minute to remember just how long.

As he loaded a tire on the wheel-balancer, he noted how he was from Alaska. When asked how he got from Alaska to Ohio, he replied, "My sweetheart."

He said in kindergarten he was playing the children's game red rover, and he spotted "the most beautiful girl I had ever seen. Then I grabbed her hand and never let go," he said.

She died, unexpectedly, eight years ago.

"I looked around (Alaska) and said, 'This place has nothing left for me,' so I started hitchhiking," he said.

About four years ago, he ended up in Greenville, where he said the people made him feel welcome.

In 2019, friends and family helped run Mr. Stock's shop on days when he couldn't be there. And Mr. Rosser was brought on to help.

When Mr. Stock opened his larger location this summer, he hired Mr. Rosser.

Bill Stock laughs at a joke while working in his shop, Stock’s Affordable Tires, in Greenville, Ohio.

Despite the hardship behind them and the healing in front of the Stock family, Mr. Stock remains optimistic about the shop.

Today, Mr. Stock said, he finally feels like he has found his footing and is gaining momentum.

His advice to others who may want to pursue their own business is to always focus on the quality of the work.

"Don't be afraid to ask for help or training and work hard," he said. "Just try to do your best."