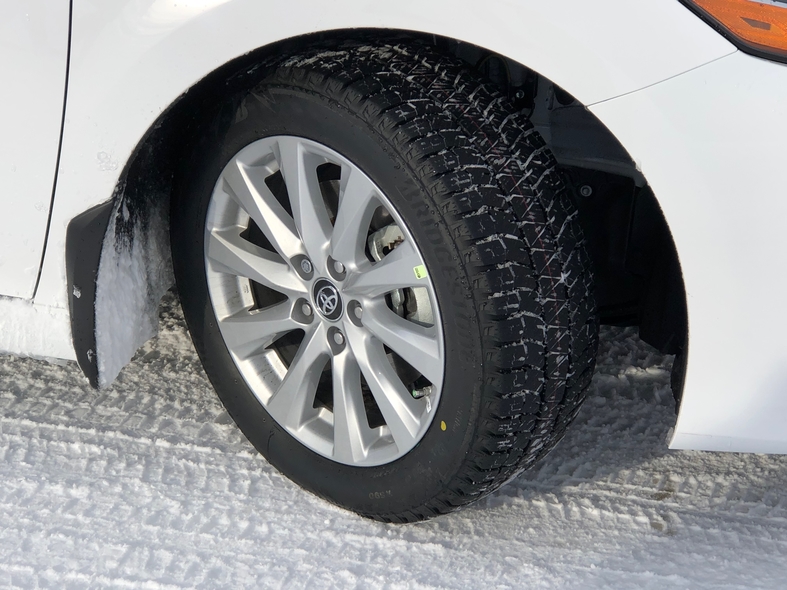 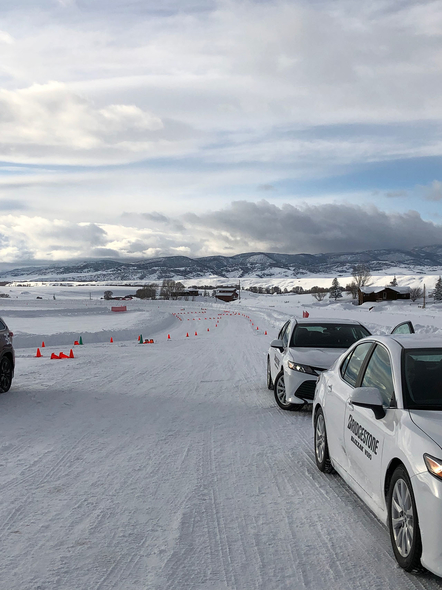 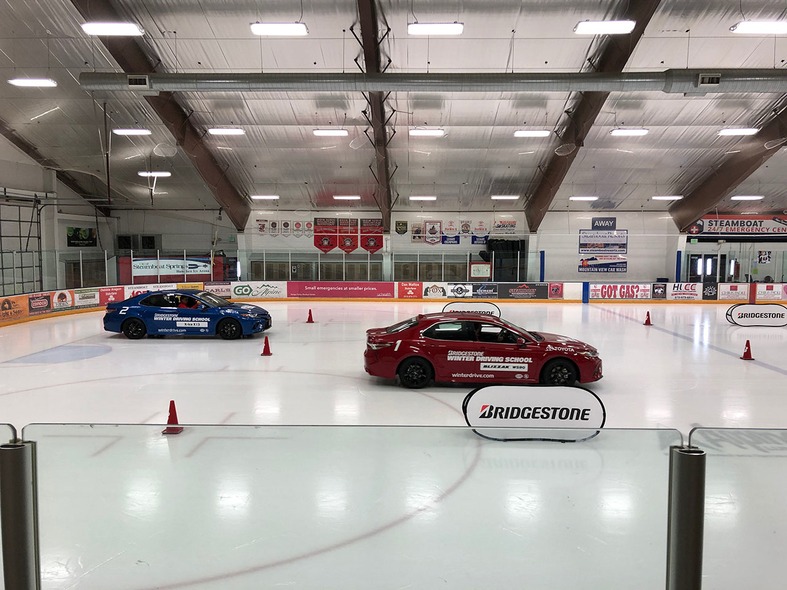 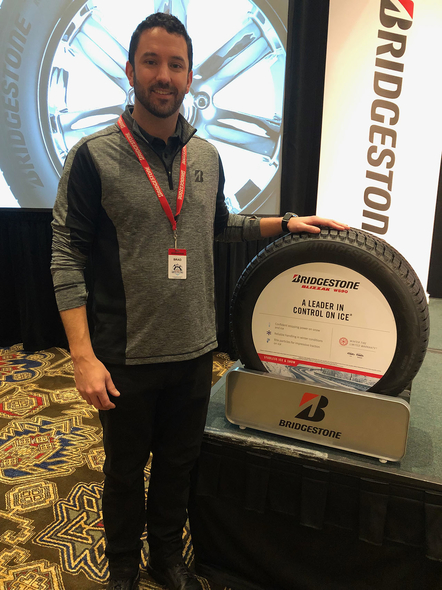 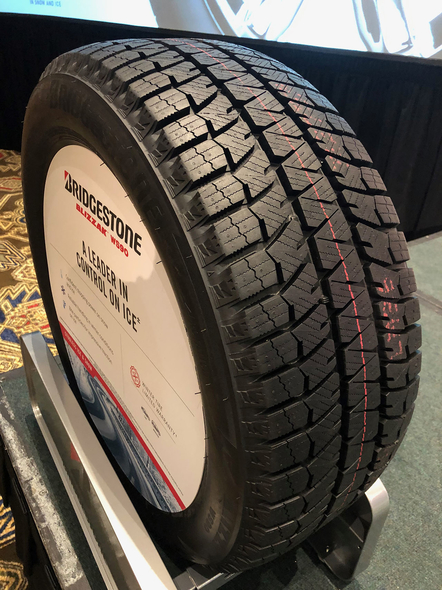 Bridgestone recently showed off its newest Blizzak tires during a media event.

STEAMBOAT SPRINGS, Colo.—More than three decades after first introducing the Blizzak winter tire line, Bridgestone Americas Inc. has rolled out the latest iteration of the Blizzak that it claims will last longer than previous versions.

The Blizzak WS90, designed for sedans and minivans, not only will last longer — Bridgestone said consumers can expect an additional season of wear versus previous Blizzaks thanks to a specially designed tread pattern — but also will stop vehicles 14 percent shorter on ice than other winter tires from leading competitors.

In fact, testing during a media event last week at the Howelsen Ice Arena near picturesque Steamboat Springs bore that out. About a dozen media members from across North America participated in a ride-and-drive event, held at the arena as well as at the Bridgestone Winter Driving School.

"Every second counts, particularly when you're trying to stop on winter roads where visibility may be poor and conditions can change quickly," said Robert Saul, director of consumer tire product strategy, U.S. and Canada for Bridgestone Americas Tire Operations.

"Using our advanced technologies, we designed the Blizzak WS90 tire to be the leader in control on ice and deliver maximum grip in winter's harshest conditions."

The tire will be released to Bridgestone-authorized dealers in May and will be available in 51 sizes, covering 86 percent of the sedans and minivans in the market. It will feature speed ratings of T and H, and come in rim diameters of 15 to 19 inches.

Pricing has yet to be released, but Bridgestone officials said it would be consistent with previous products. The Blizzak WS90 will replace the WS80. Bridgestone introduced the first studless winter tire in 1988, four years before introducing the Blizzak line in North America. Today, the winter tire line — the DM-V2, a CUV/SUV/light truck tire; the LT, a heavy-duty tire for trucks and SUVs; the LM-24, a run-flat tire; and the LM001/LM-32, a performance winter tire — covers 95 percent of 2010 model-year and newer vehicles on the road, Bridgestone said.

According to Brad Robison, product manager of Bridgestone Americas Tire Operations, the tire was engineered with a tread compound that features the company's multi-cell technology that is specially formulated with hydrophilic, or water-absorbing properties that attract water and draw it away from the surface of ice, enhancing grip.

The tires will be manufactured in several of Bridgestone's plants in Japan.