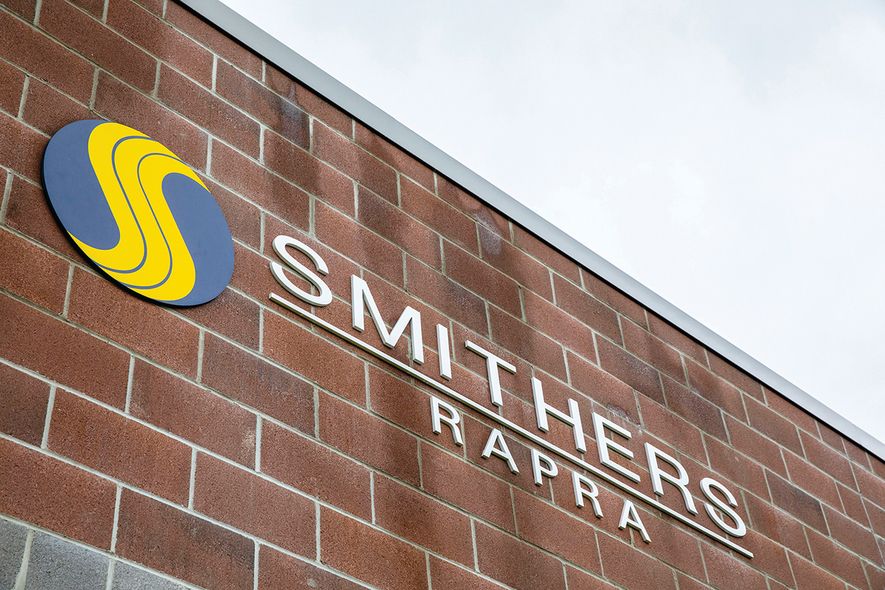 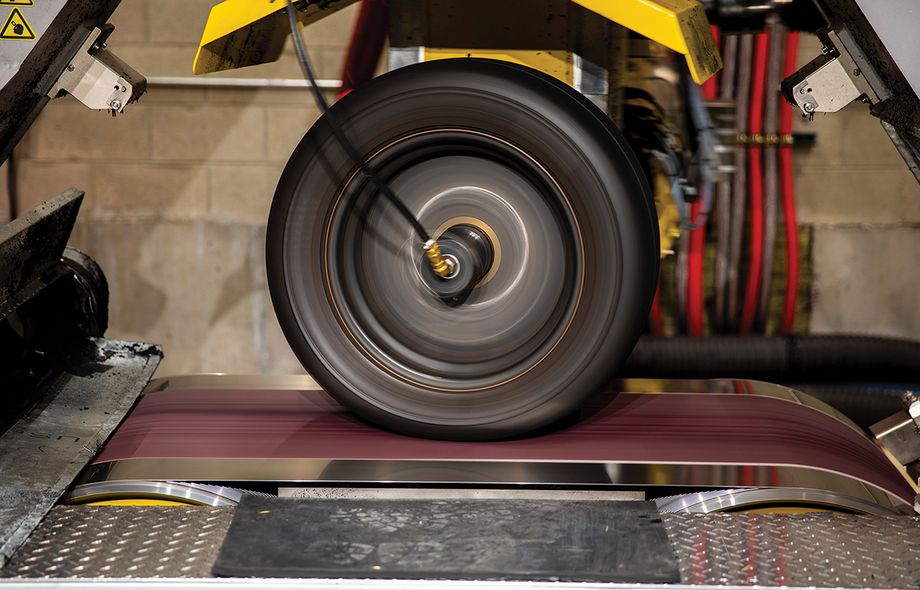 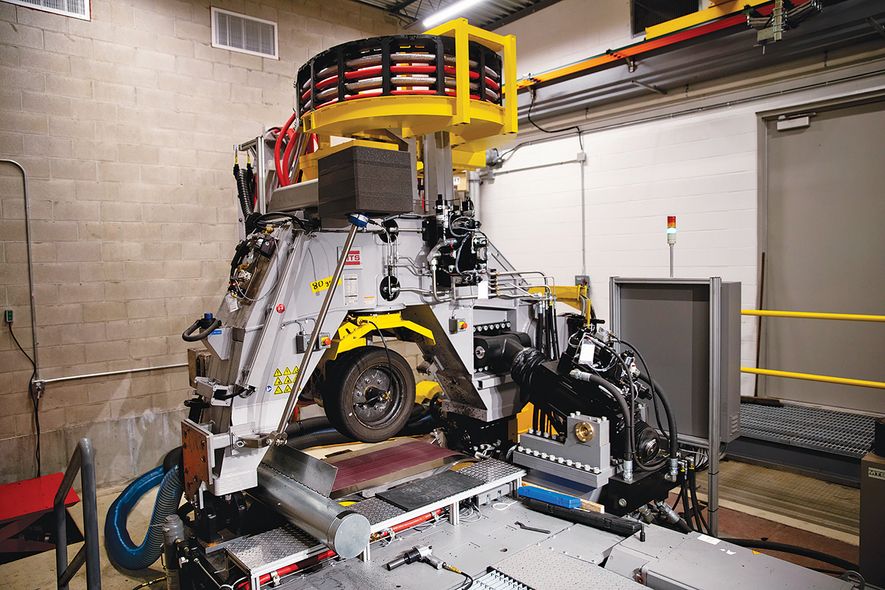 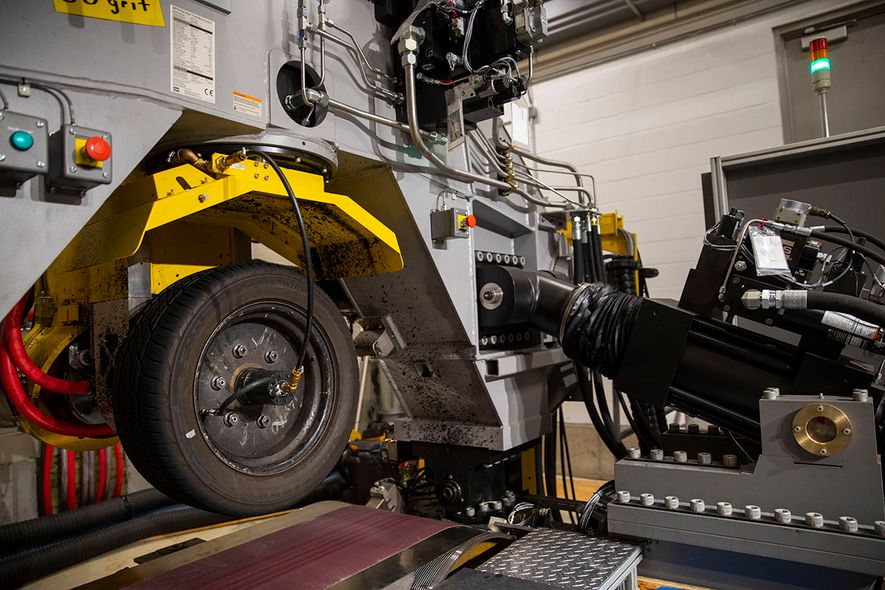 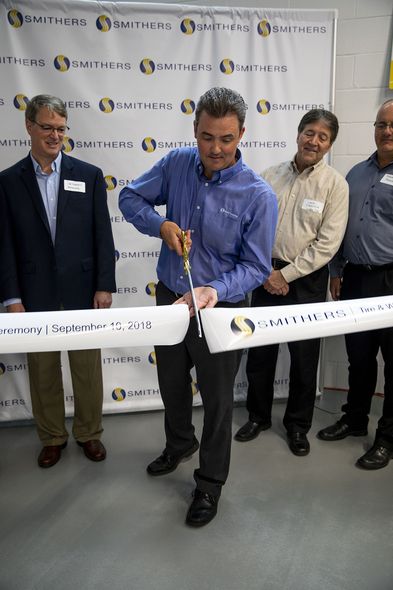 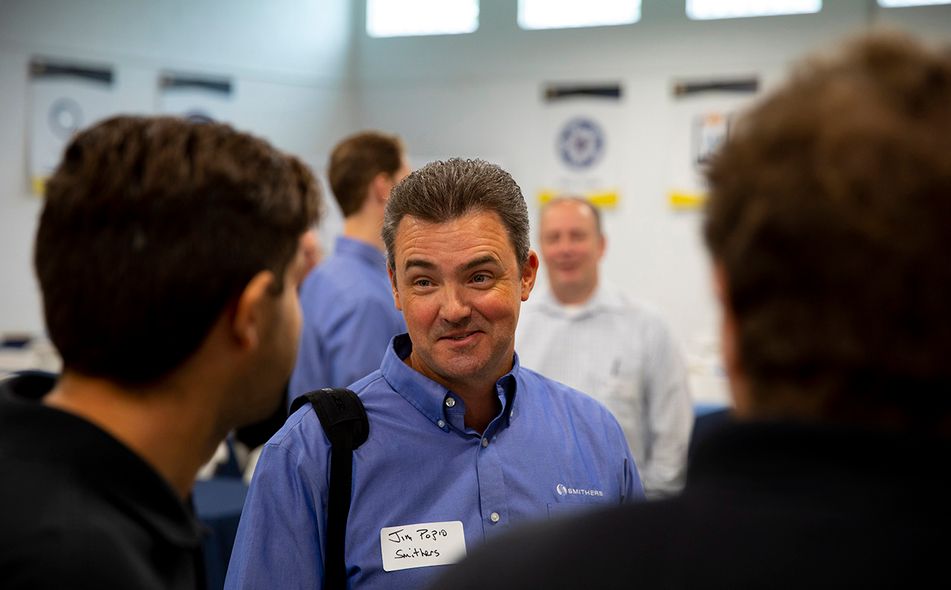 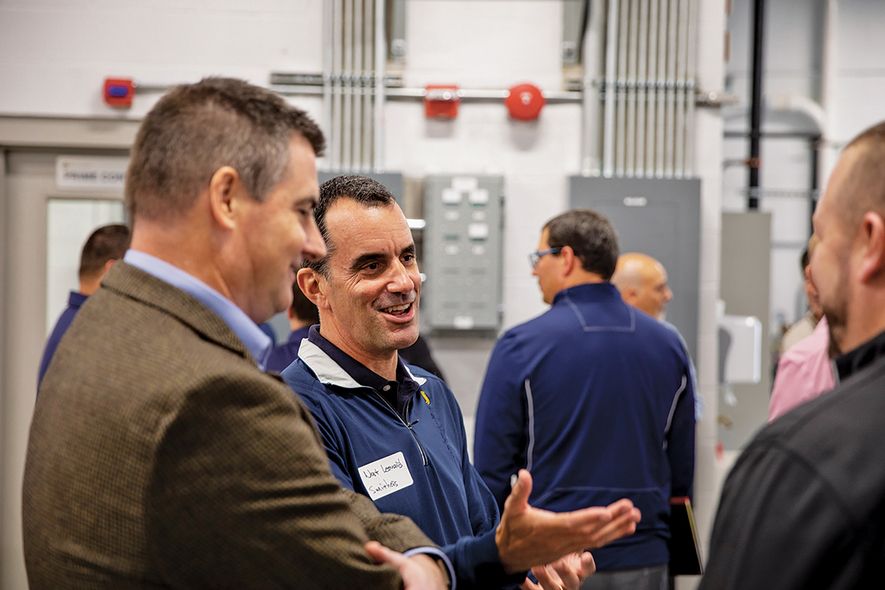 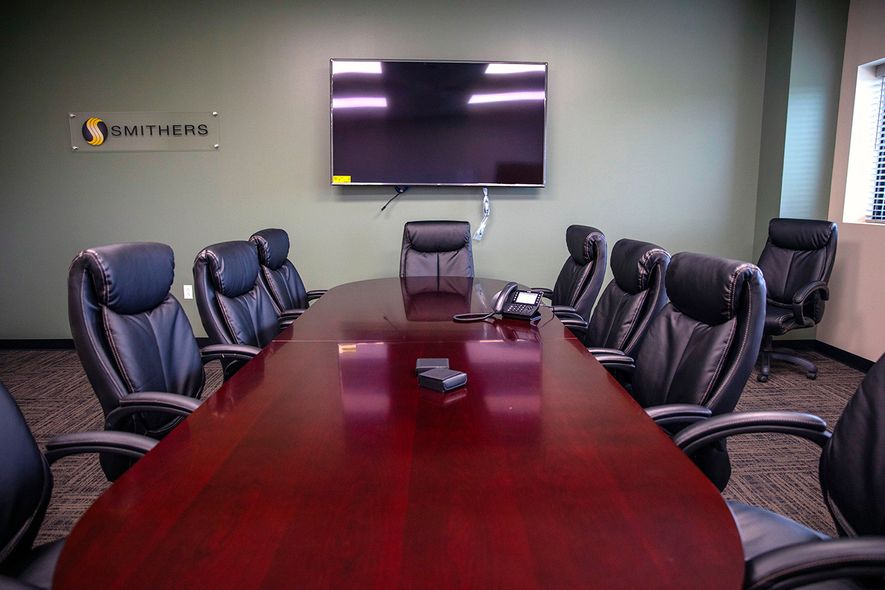 Smithers Rapra photo
A look inside the tire testing facility.

RAVENNA, Ohio — Testing services company Smithers Rapra has enhanced the tire- and wheel-testing capabilities at its Ravenna facility markedly in recent months with the addition of state-of-the-art testing equipment for both products.

To accommodate the new equipment and improve the facility's infrastructure, the Akron-based firm invested $10 million in part to add about 10,000 square feet of space to the structure there, according to according to Nat Leonard, president of Smithers Rapra and Smithers Pira, speaking during a recent event to mark the opening of the expanded facility.

The centerpiece of the investment at the Tire & Wheel Test Center is an MTS Flat-Trac CT Plus Tire Test System, which will help Smithers evaluate larger rim-diameter passenger and light truck tires. Among other features, the new system provides higher wheel torque and load limits, Smithers said.

The CT+ will help Smithers in building higher fidelity tire models, which will help in meeting validation and timing requirements, according to the company.

"We're investing a lot in people, technology and infrastructure to broaden the geographic breadth and technical depth to what we bring to the tire business," he said. "We're adding machines like this one to address the fact that there are bigger tires because there are bigger cars with high-performance requirements."

The expansion also includes space for offices, conference rooms, storage and future planned testing capabilities, Smithers said. In a separate move, Smithers recently added equipment that will allow it to test wheels with rim diameters up to 24 inches.

The expansion is part of a global investment strategy Smithers is undertaking, Mr. Leonard said. The company added a new mixer and analytical equipment to its Akron location, and expanded capacity at its tire and wheel operation in Suzhou, China, by about 35 percent in the last 18 months.

"The same time as we're trying to bring in new capabilities and innovations, we're also trying to help meet the need that's just a result of there being more tires produced in more places by an increasing number of players. We want to support them as they work globally so they can be agnostic about which Smithers site they send their tires to," Mr. Leonard said.

Smithers already is working on bringing in additional equipment to the Ravenna site to expand capabilities, Mr. Leonard said, some of which could come within the next year. The company also has hired a handful of employees at the site and has plans to hire more.

The company has been growing faster than the market has, which Mr. Leonard attributes to two reasons. The first, with equipment like the CT+ that adds to the company's capabilities, it has been focused on expanding its tool kit. Second, with its locations globally, Smithers is able to support clients on a multi-region or global basis.

"When you look at our customers, if you look at companies in the tire and wheel industry, they're almost all global. In the past, they may not have operated globally. Now they do," he said.

Besides the Ravenna facility, which is focused on tire and wheel testing, and its Akron facility that focuses on chemistry and materials testing, Smithers operates a test track in Raco, Mich., designed for tire testing winter tires, and facility in Suzhou, China, which has tire- and wheel-testing capabilities

Smithers also is active in non-tire testing for the transportation, industrial and consumer packaged goods sectors, as well as medical markets, at facilities in Lansing, Mich., and Leatherhead and West Midlands, England. It's also starting non-tire rubber goods testing at the Suzhou facility.

The company is seeing customers across regions as well as all along the value chain with the need for tests for larger tires that need to be able to support higher speeds to be put on bigger vehicles, Mr. Leonard said.

"That's true here, that's true in Asia and it's true in Europe," he said. "We're trying to make sure that we're investing in the machines and expertise to allow us to meet that requirement. There used to be an assumption that it was really only happening in the U.S., but with a look at the market data now, it's happening everywhere."

The market share for SUVs and small trucks is higher in the U.S., but by vehicle type and tire size, for Asia and Europe, people are driving bigger vehicles and they need bigger tires, Mr. Leonard said.

Smithers is preparing by making certain that the machines, procedures, data and outcomes are consistent across its facilities, regardless of where the tire is sent for testing, he said. He wants to either have the same capabilities across labs, or if a capability is in only one place, access to that location is seamless from anywhere globally.

The different locations share projects within regions, as well as around the globe, Mr. Leonard said.

Smithers also is preparing to deal with electric vehicles, he said. There could be a shift away from high-speed, high-performance tires toward more of a focus on rolling resistance and noise and vibration control, but the market still seems undecided.

"We're trying to prepare ourselves to handle the scenario where those people are right. But we're also trying to deal with the fact that they may be wrong, and that's one of the reasons that machine is here," he said.

The advent of electric vehicles could sound like a promise for less work with more efficient systems. But electric systems use just as many hoses in a wider variety than a combustion engine, especially in keeping batteries cool, Mr. Leonard said.

"It's a big challenge. It's driving a whole new wave of investing," he said.

Even with more electric vehicles on the road, the vast majority are still combustion engines, which leaves the Smithers teams worldwide with their work cut out, Mr. Leonard said.

"Auto manufacturers and their tiers have that challenge, and they have to invest in both. So their R&D budgets are being challenged," he said. "And the variety and volume of product in general that we see coming into the Akron, Lansing and Suzhou labs is impressive."