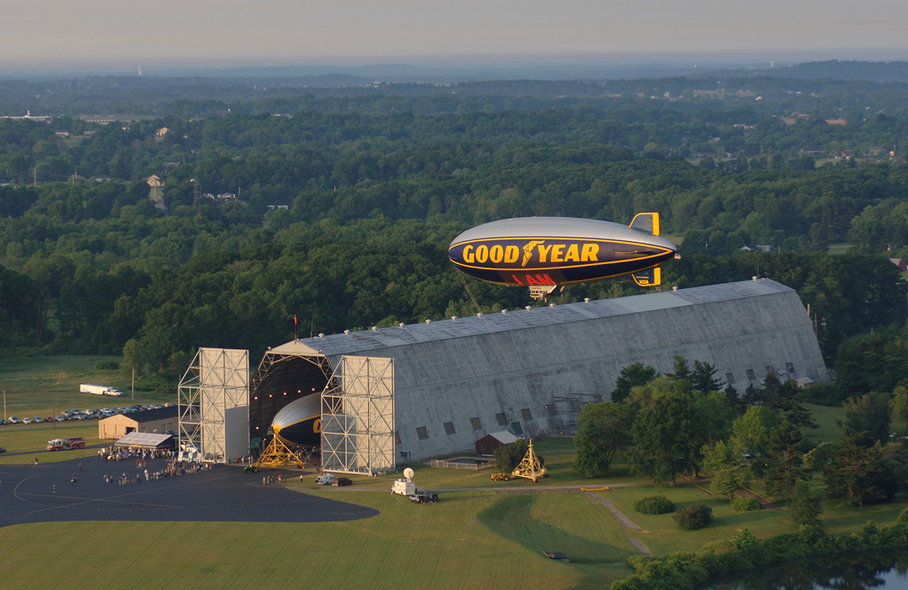 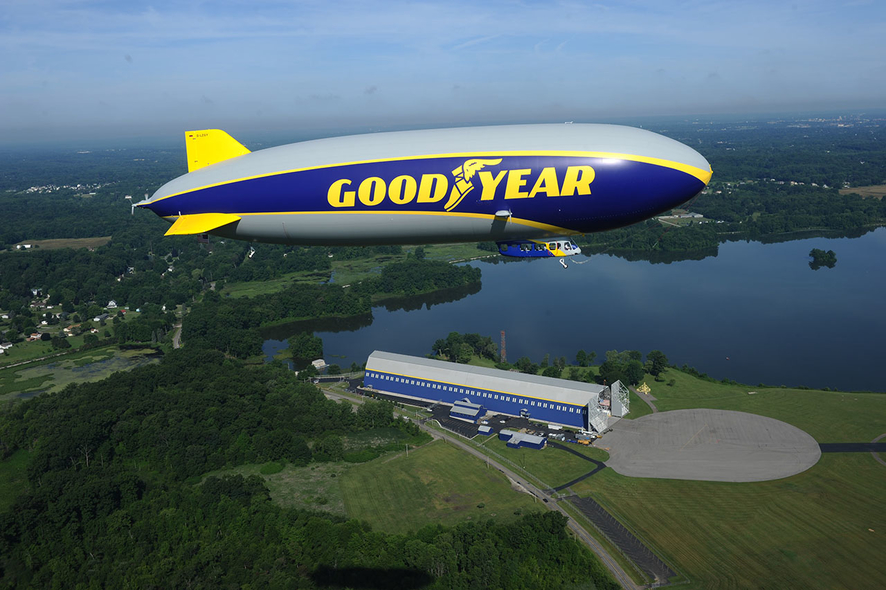 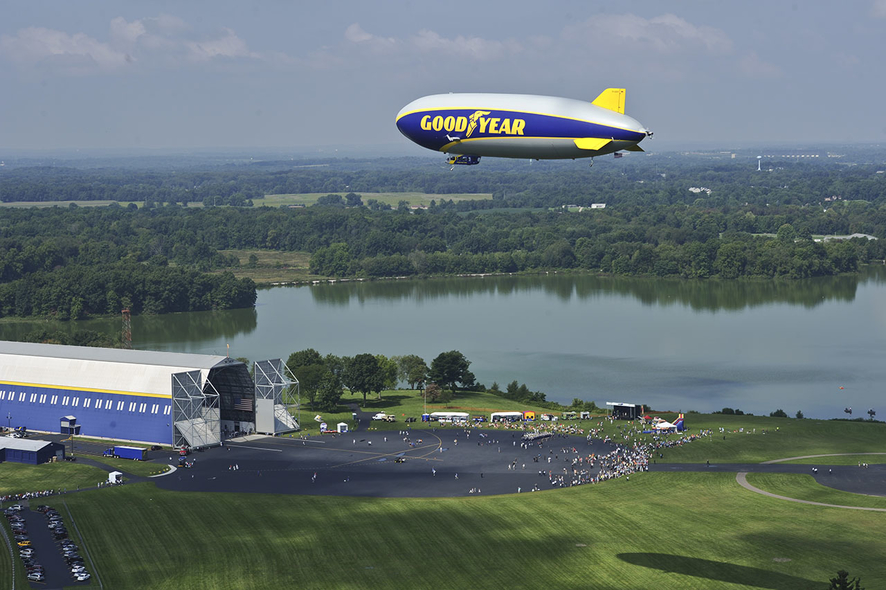 Goodyear photo
Goodyear's blimp, Wingfoot One, flies over some of the more than 2,000 people who attended its christening on Aug. 23, 2014.
Share 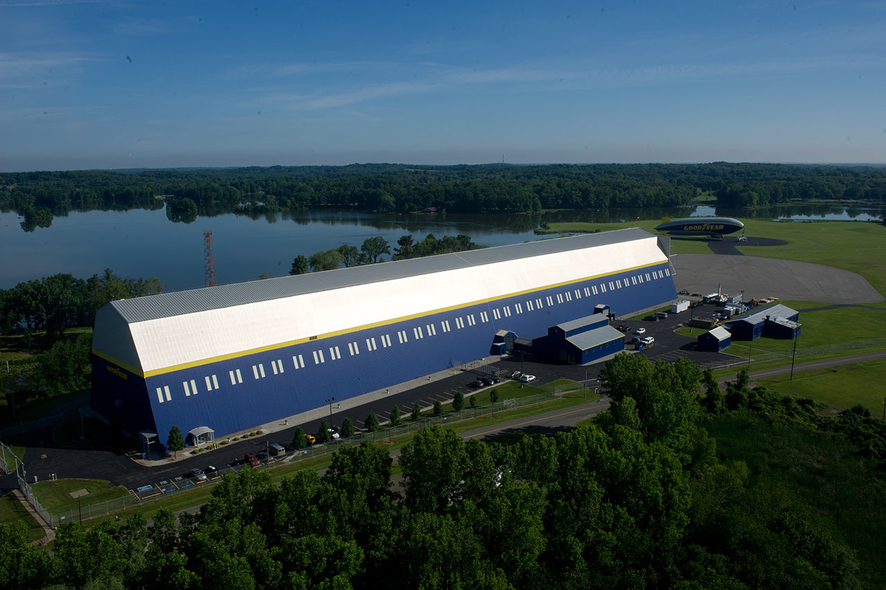 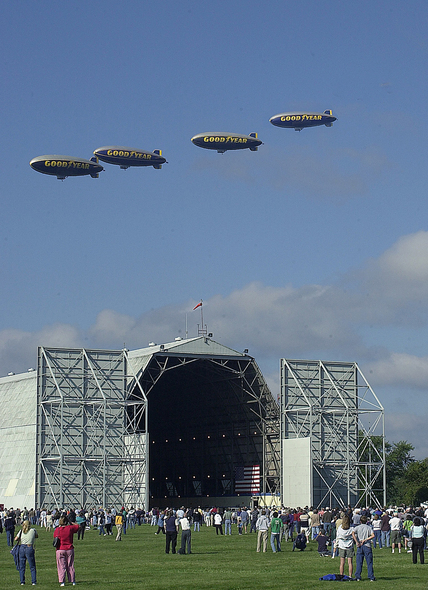 Goodyear photo
Four Goodyear blimps fly in formation over the company's Wingfoot Lake airship hangar near Suffield, Ohio following the christening of the Spirit of America in 2002.
Share 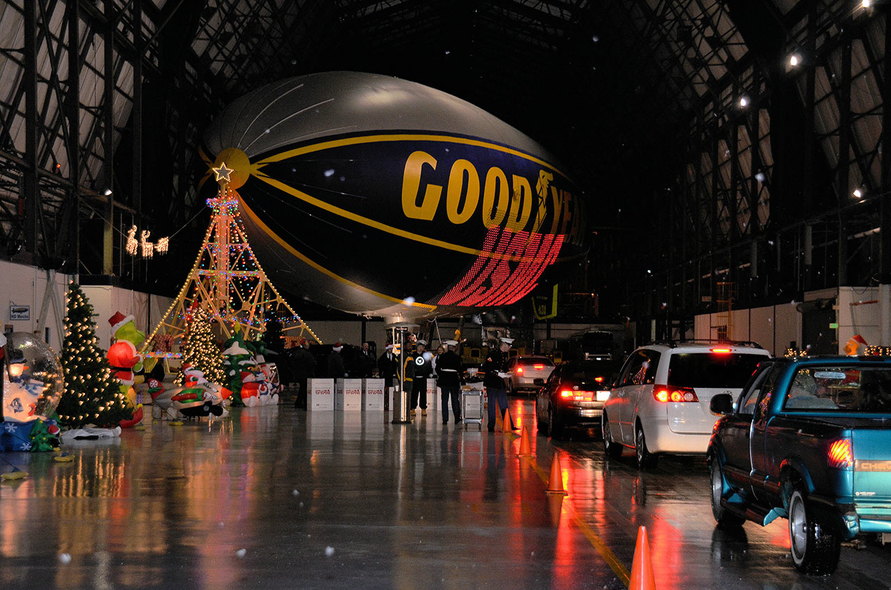 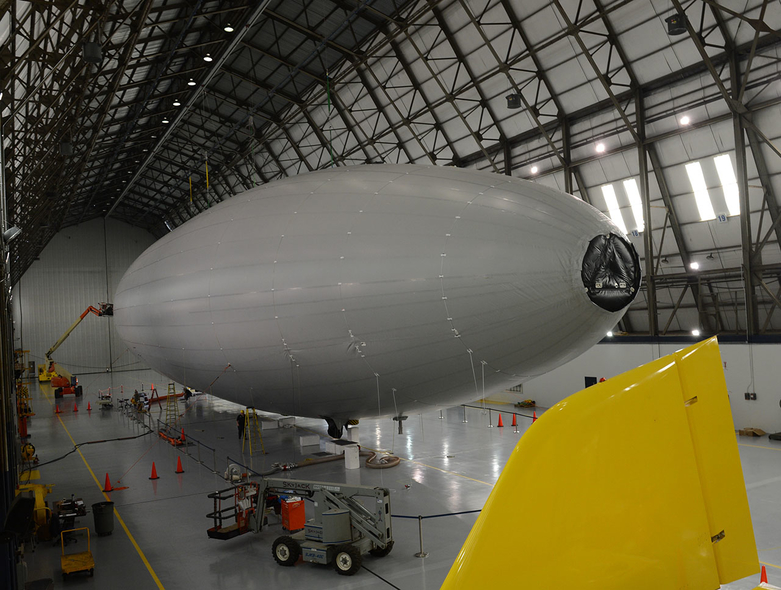 Goodyear photo
Goodyear's new Goodyear NT (New Technology) airship as it was under construction at the company's Wingfoot Lake blimp base near Akron.
Share 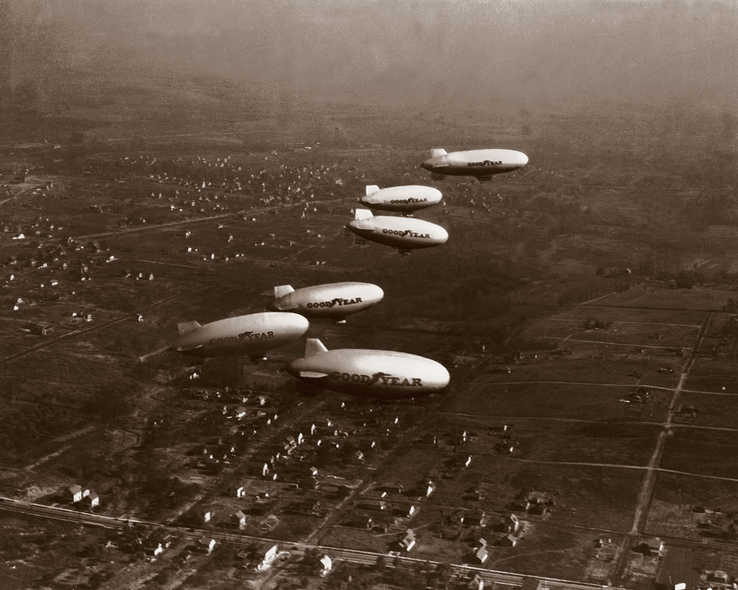 SUFFIELD, Ohio — Goodyear's blimp hangar at Wingfoot Lake in Suffield, south of Akron, will be recognized as an Ohio landmark with the unveiling of an Ohio Historical Marker at the facility on Aug. 16.

The Wingfoot Lake facility, which has operated since 1917 and is the oldest airship hangar in the U.S., joins more than 1,600 historical markers across the state that recognizes places and things that have shaped the state's history.

"The Wingfoot Lake Hangar has a rich history of contributions to aviation in Ohio and our nation," Paul Fitzhenry, Goodyear senior vice president and chief communications officer, said.

"From training the first class of United States Navy pilots in lighter-than-air to building of airships for the defense of the nation during WWI and WWII and serving as the home base of our current airship fleet, this facility is an Ohio and American treasure."

The property on which the hangar sits and an adjacent lake were purchased by Goodyear in 1916 to provide water for tire manufacturing in nearby Akron and for airship construction for the U.S. Army and Navy. The lake now is part of the Ohio State Parks and is open to the public.

The hangar and surrounding property are still owned by the company, which has used the facility in recent years to assemble and test its three airships. The newest addition to the fleet, Wingfoot Three, will be christened during a ceremony on Aug. 30.