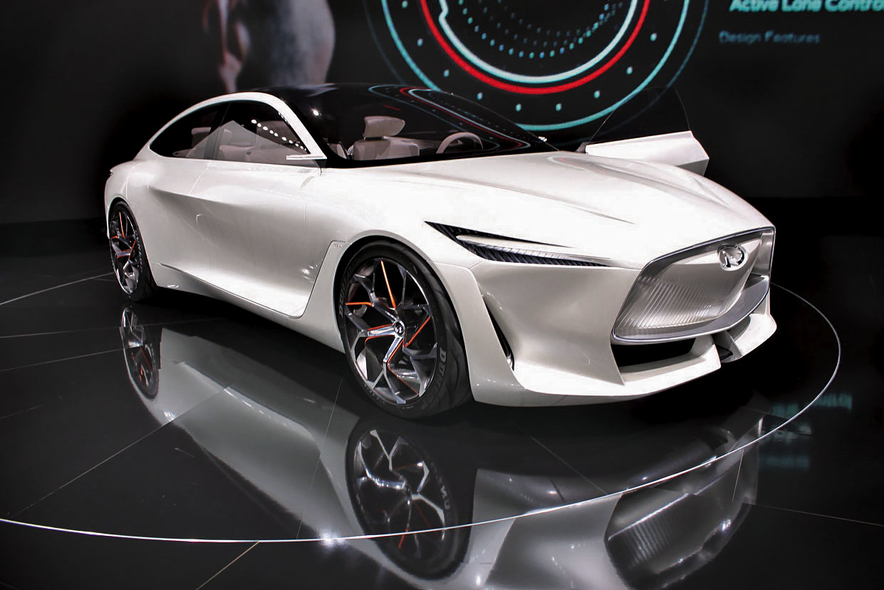 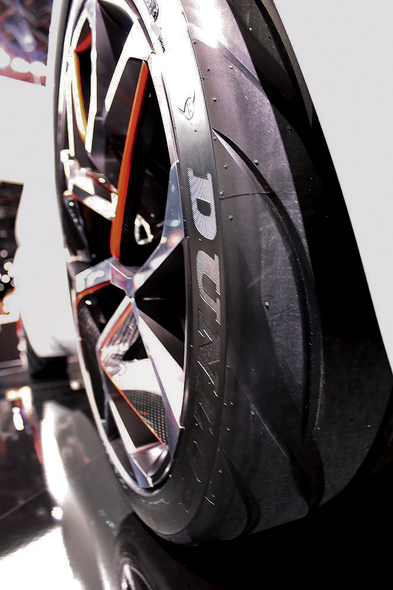 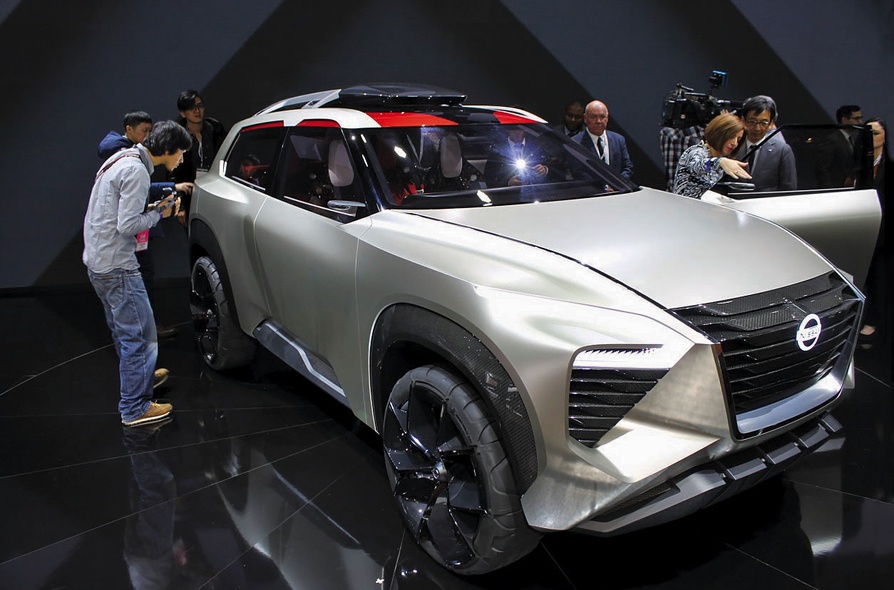 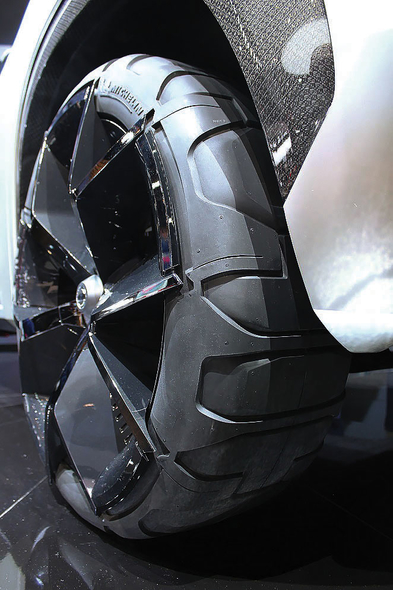 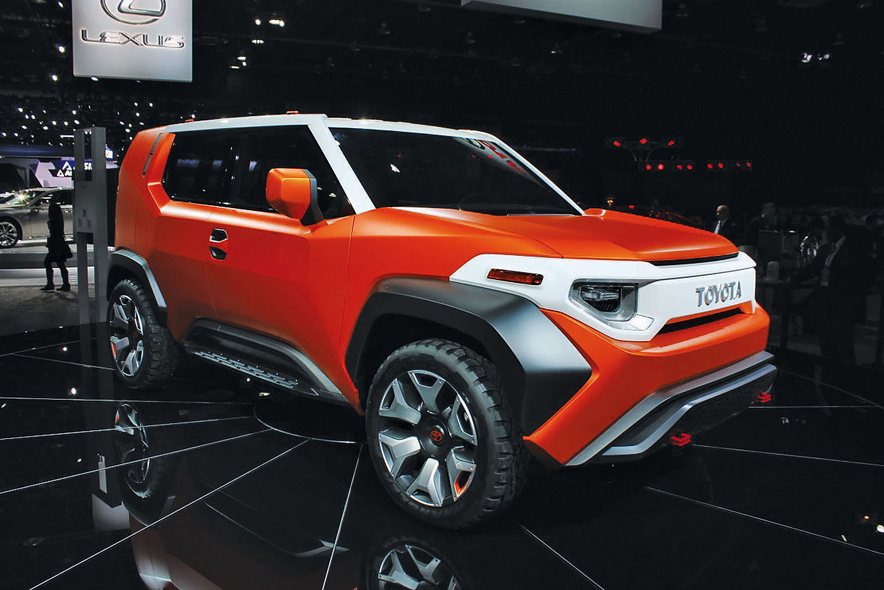 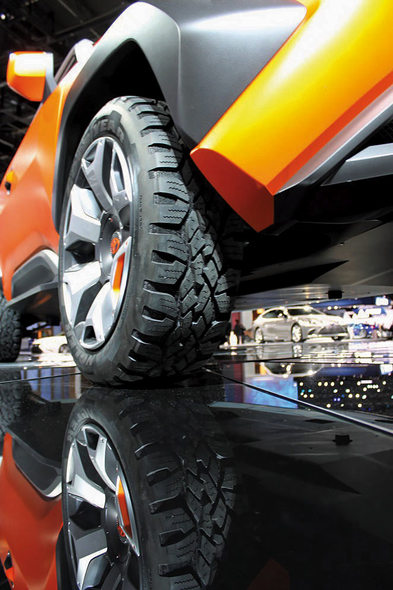 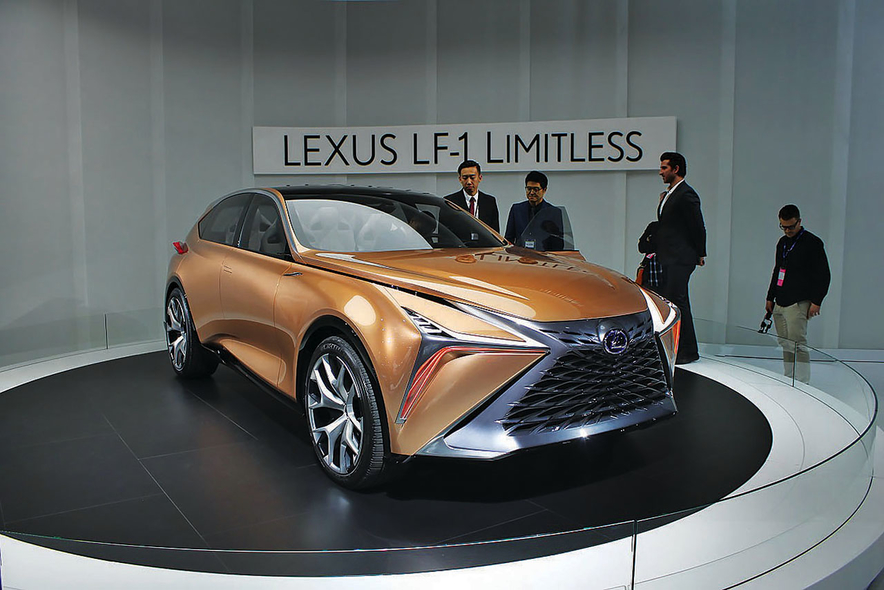 Tire Business photo by Bruce Davis
The Lexus LF-1 Limitless fastback-style four-door provides a glance at what a Lexus performance crossover could look like.
Share 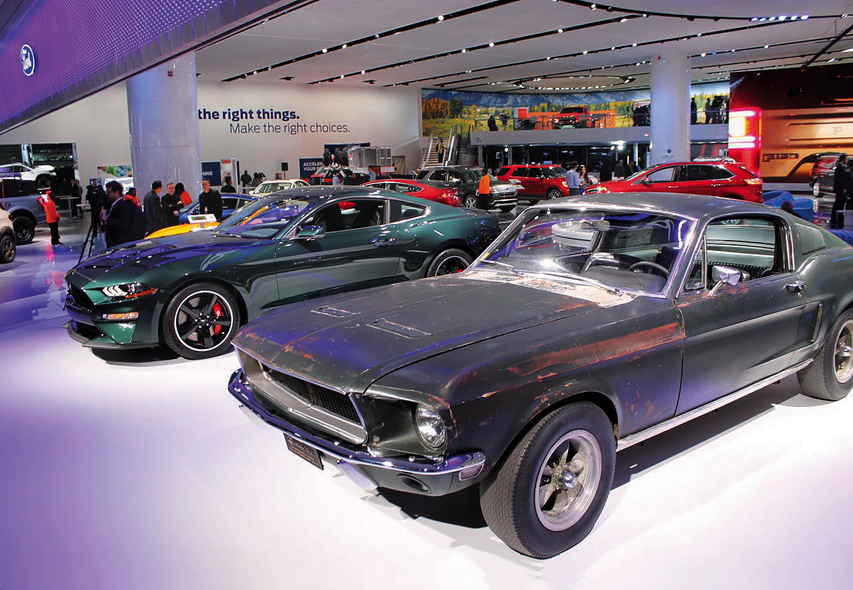 Tire Business photo by Bruce Davis
Ford garnered its share of media spotlight with a pair of Bullit Mustangs - the 1968 original from the movie and a 2018 special edition.

DETROIT — The North American International Auto Show, held annually in the deep freeze of January in Michigan, usually makes headlines for a bevy of out-of-the-box concept cars — but not so much this year.

With the exception of Japanese auto brands Infiniti, Lexus, Nissan and Toyota, there was precious little in the "you gotta see" what was unveiled in Detroit category.

Instead, attention was focused squarely on the pickup category, where the Detroit 3 — Ford Motor Co., General Motors Co. and FCA's Ram brand — all rolled out the latest iterations of their venerable pickup lines.

Ford, the long-running front-runner in the full-size pickup field, used the Detroit Auto Show to re-launch the Ranger mid-size pickup to compete with the Chevy Colorado and GMC Canyon, while GM and Ram launched retooled 2019 versions of their Silverado and 1500 full-size trucks, respectively, with buckets of new features to help them compete with Ford's F-series.

Ford phased out the Ranger in North America in 2011 but kept it alive in some foreign markets. The mid-size pickup market is pegged at about 450,000 units a year.

The concepts worth noting were the:

• Lexus LF-1 Limitless — a "fastback-ish" four-door that provides a glance at what a flagship crossover could look like and a likely a hint at how Lexuses will look in the coming years.

• Nissan Xmotion — in this case X stands for "cross" as in "cross motion," a sharply-styled four-door compact crossover hatchback that showcases Japanese heritage and aesthetics and demonstrate how contrasting design attributes can coexist in a single vehicle.

Among 2019 model-year vehicles that debuted at this year's show:

• Acura RDX — an upscale four-door hatchback crossover based on the Honda CR-V and derived from the Japanese car maker's Precision concept from a few years ago.

• BMW X2 — a subcompact version of the German car maker's X1 entry-level SUV, to be available in two- and four-wheel-drive versions.

• Jeep Cherokee — the midsize SUV gets a fresh look and a turbocharged 2-liter inline-four engine and other tweaks.

During the show, which ran Jan. 19-27, the Honda Accord, Lincoln Navigator and Volvo XC60 were announced as the 2018 North American car, truck and utility vehicles of the year, respectively, by a jury of 60 American and Canadian automotive journalists from a group of three finalists in each category. A vehicle must be redesigned or significantly changed to be eligible for the award.

This story is a compilation of reporting by Automotive News and Autoweek magazine staffers and by Bruce Davis, Tire Business staff