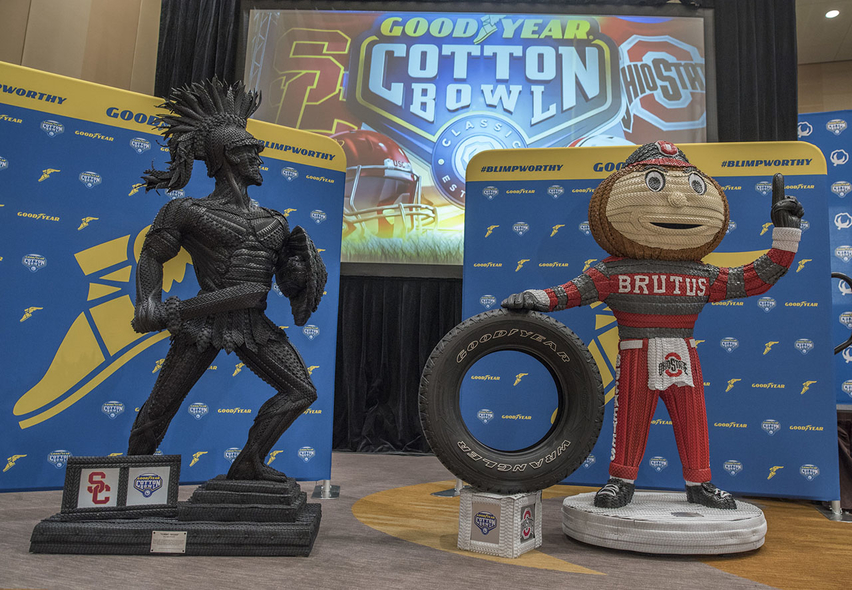 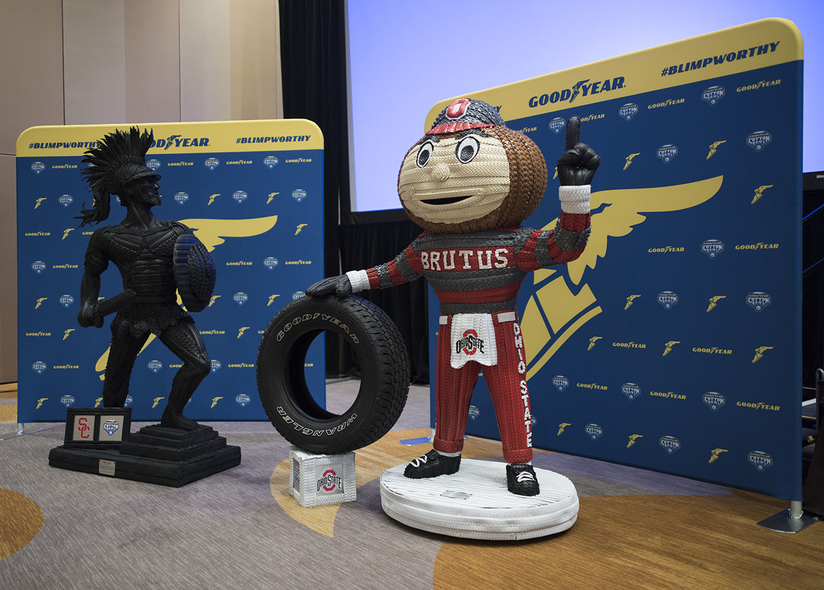 Goodyear photo
Each of the tire sculptures weighs between 200 and 300 pounds.
Share 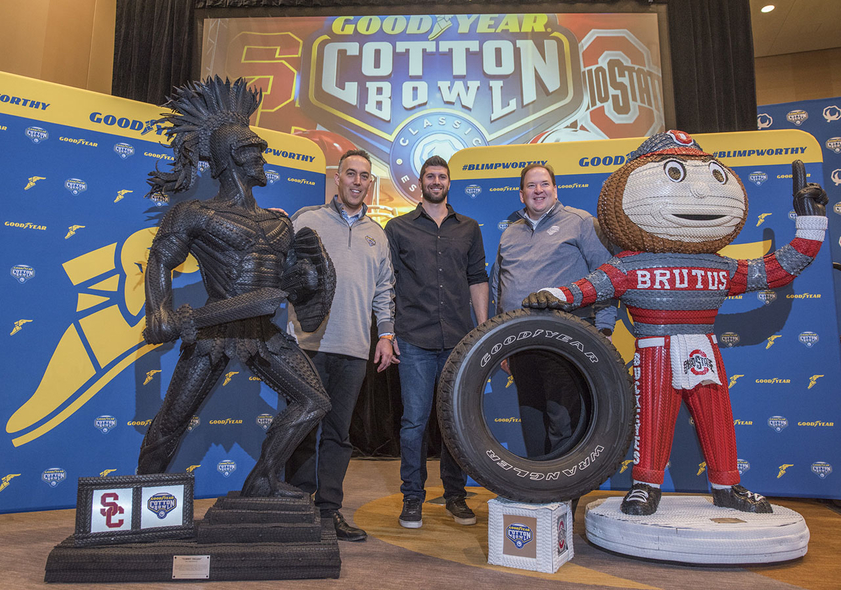 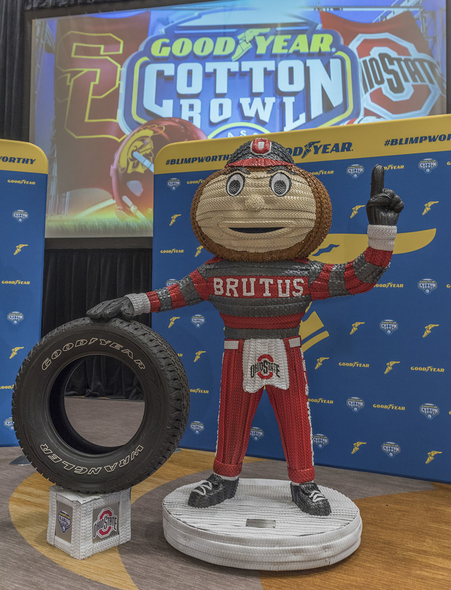 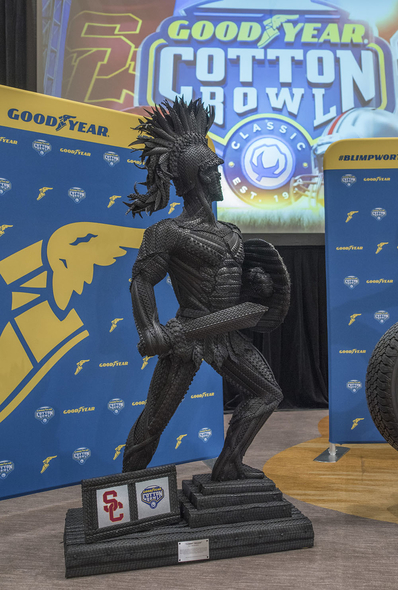 The sculptures are meant to draw attention to the game, which takes place Dec. 29 at AT&T Stadium in Arlington, Texas, featuring Ohio State University against the University of Southern California.

"We received a tremendous response from college football fans last year when we introduced the Wisconsin Badger and the Western Michigan Bronco and we are pleased to again celebrate college football in a way that only Goodyear can," said Seth Klugherz, Goodyear's director of North America marketing.

The new tire sculptures were unveiled Dec. 27 and will serve as a centerpiece of the festivities leading up to the game.

After the game, the sculptures will be donated to the participating schools and will be installed on their campuses, the tire maker said.

The Goodyear Cotton Bowl Classic will kick-off at 8:30 p.m. EST and will be televised on ESPN.

The tire maker, the game's title sponsor since 2014, renewed sponsorship deal in 2016 with ESPN Inc. and the Cotton Bowl Athletic Association for an undisclosed number of years.