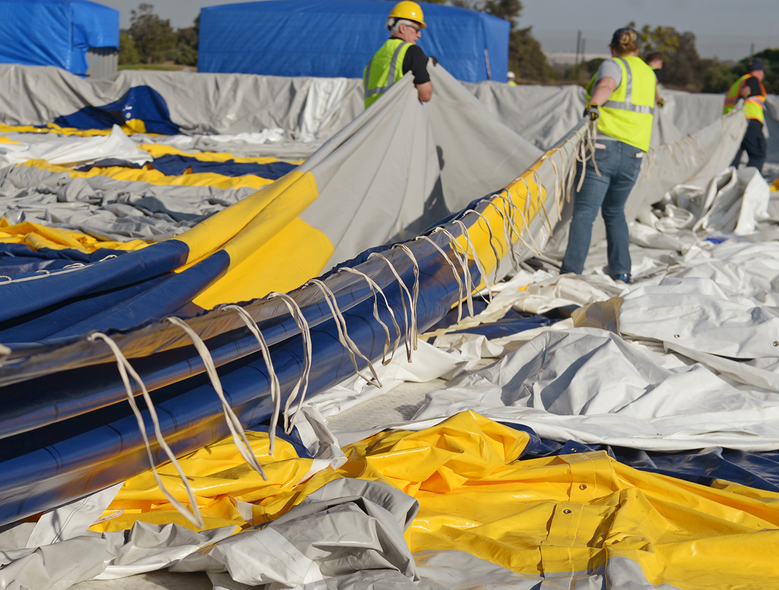 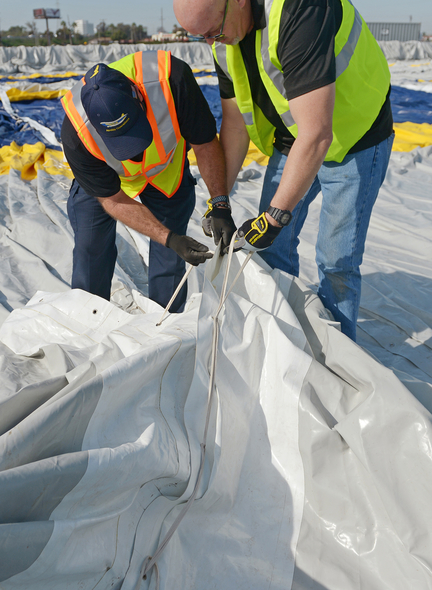 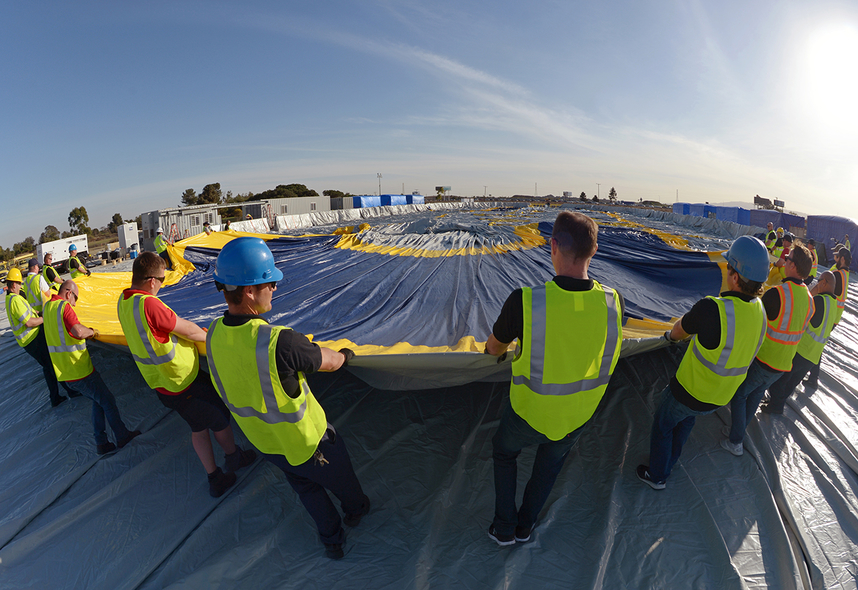 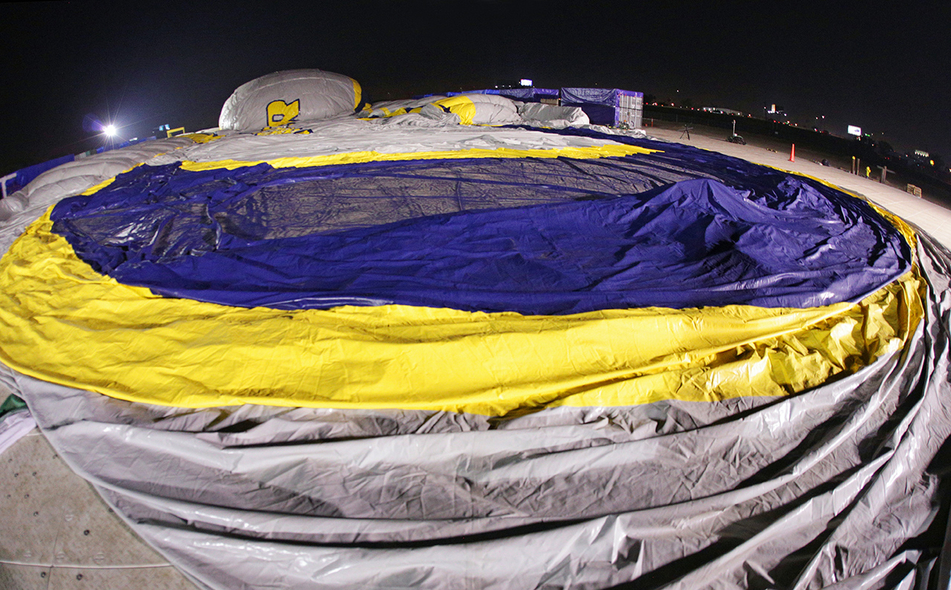 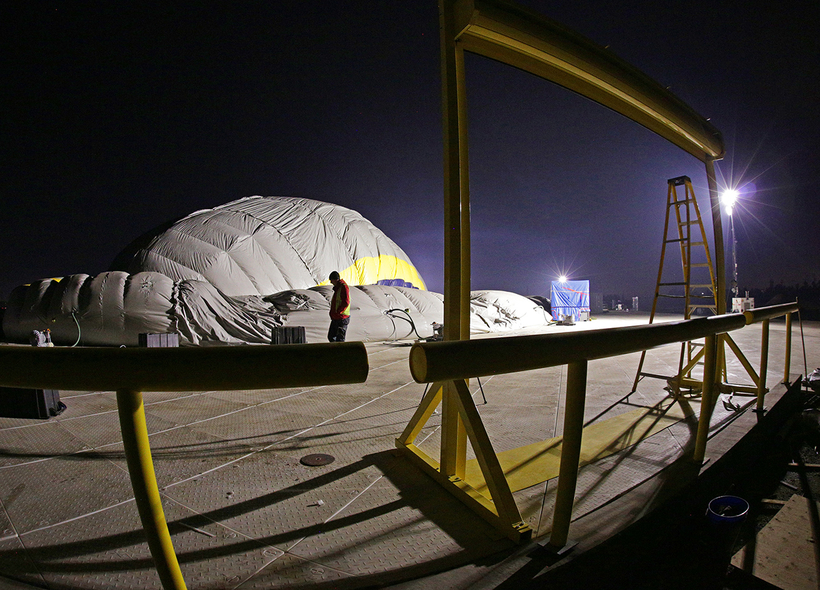 Goodyear
A worker keeps an eye on the progress as the hangar for Wingfoot Two is inflated.
Share 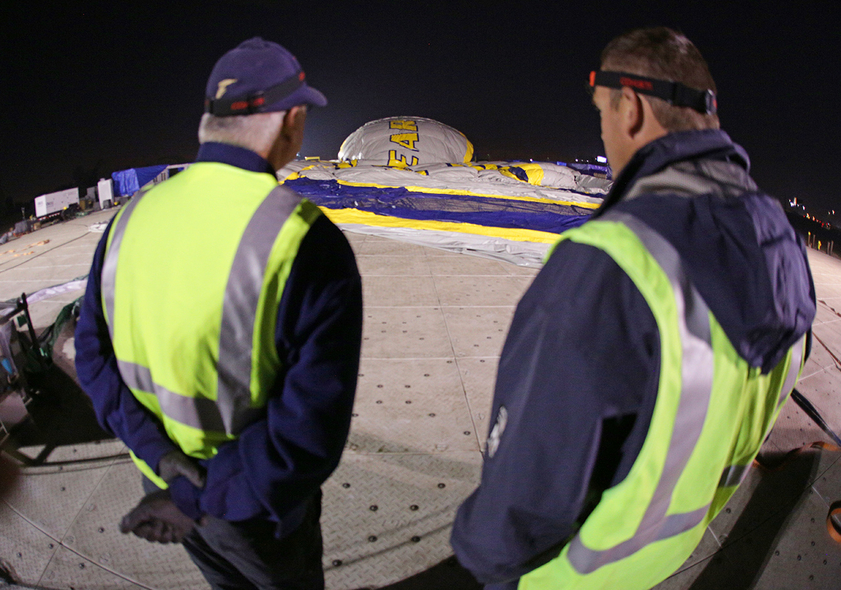 Goodyear
A pair of workers look on as the Goodyear hangar takes shape.
Share 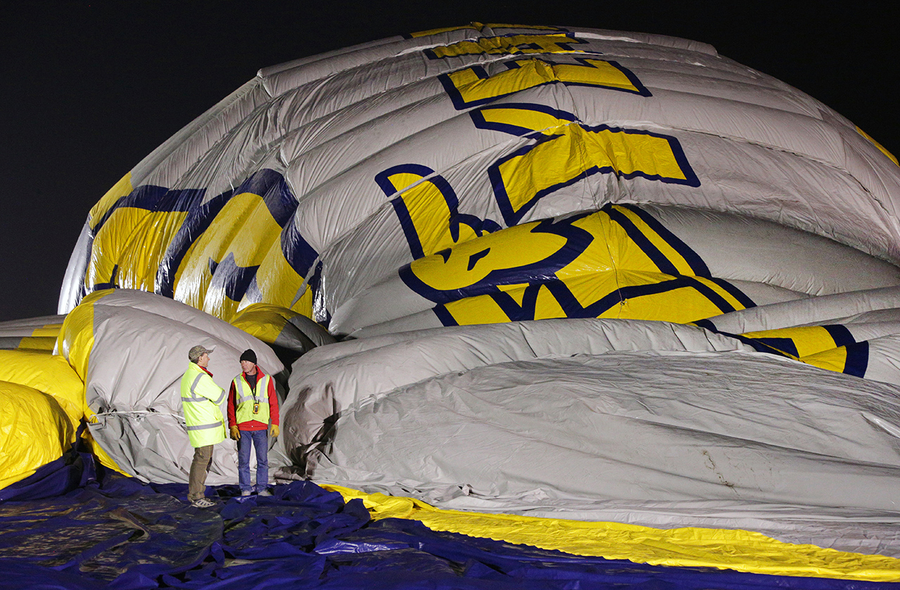 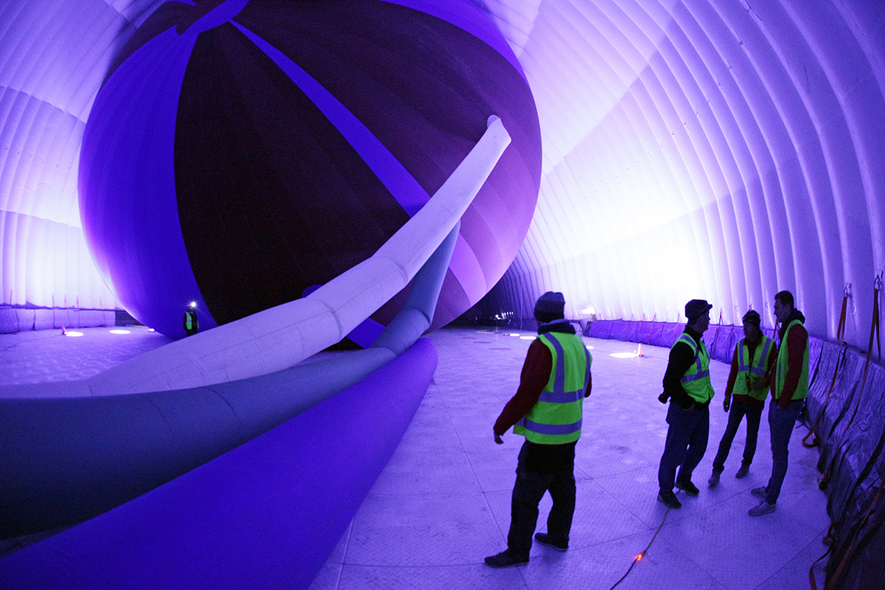 Goodyear
Workers monitor the progress as the new hangar is inflated the Goodyear base in Carson, Calif.
Share 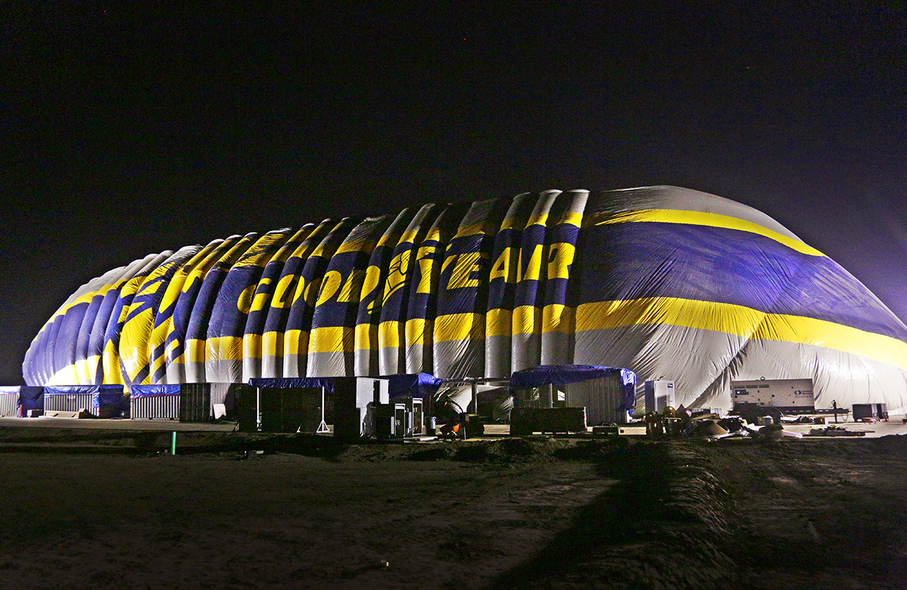 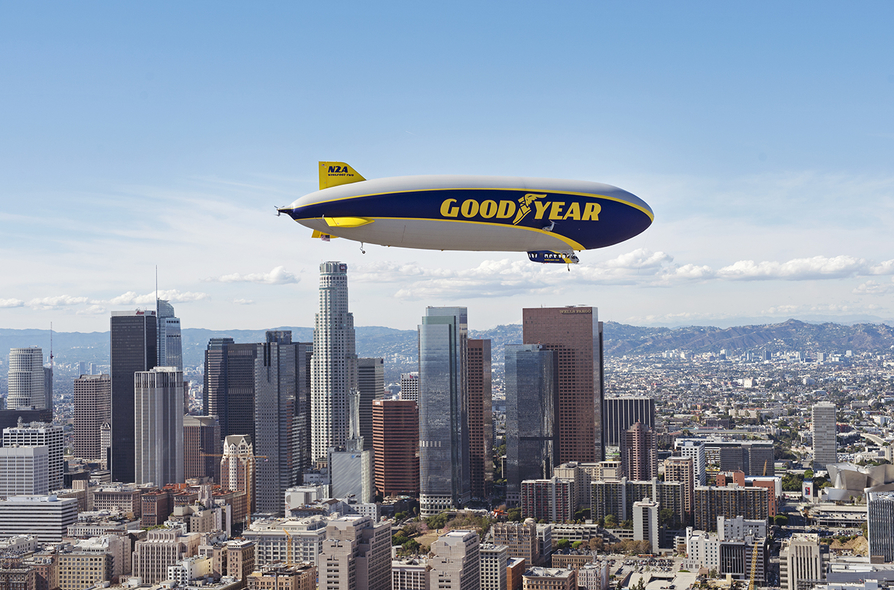 Goodyear
Wingfoot Two, which has been operating in LA since October, has become a fixture in the California skies.

In the early morning hours of Dec. 13, Goodyear inflated a 337-foot long hangar at its Carson base, located near the I-405 freeway, that will be the new home for Wingfoot Two, the newest blimp in Goodyear's fleet of airships. It has been operating in Los Angeles since October.

"The Goodyear Blimp has been a fixture in the skies over Los Angeles for a half century, and the new hangar gives us a highly visible presence on the ground along one of the busiest highways in the country," said Paul Fitzhenry, Goodyear's senior vice president and chief communications officer.