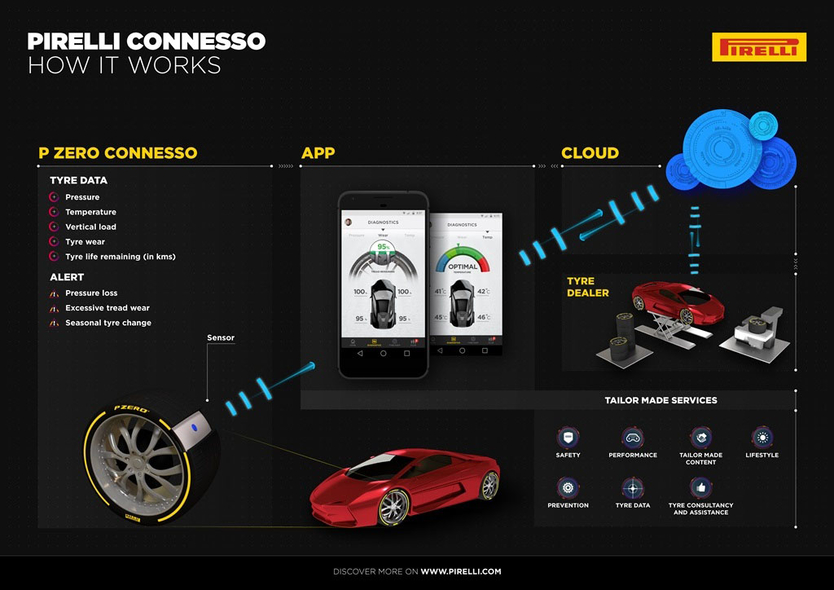 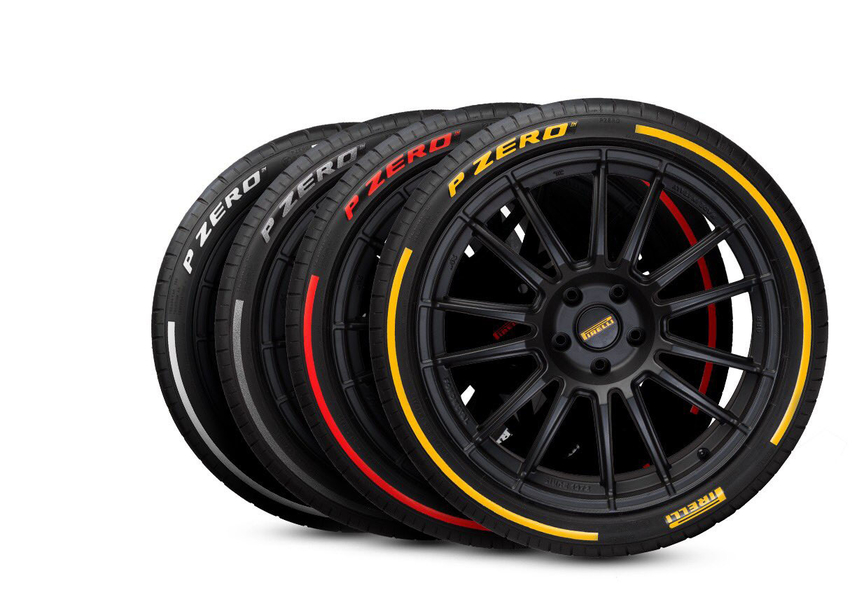 The platform, dubbed "Conesso," is available initially to owners of cars fitted with P Zero and Winter Sottozero tires, which are equipped with Pirelli's sensor-driven cyber tire technology.

Pirelli unveiled the technology — along with the market availability of its custom color-sidewall option — at the 2017 Geneva International Auto Show, which opened March 7.

The system will be launched initially in the U.S. this summer, followed by key markets in Europe and the Far East.

The sensors built into the tires convey information about the status, as well as the wear and maintenance needed, on all four tires, Pirelli said, which could enable even the most demanding drivers to improve their driving style to cut fuel consumption and improve tire life.

In the launch version, Pirelli Connesso recognizes the identification code of each tire and measures its pressure and temperature, even when the car is standing still, Pirelli said. The system also supplies information about each tire's vertical static load, how worn it is and how many miles it's been run.

The system sends the data to the Pirelli Cloud, which crunches the numbers and sends them to each driver's app, with any warnings delivered via a special alert.

Thanks to alerts sent via smartphone, the system can warn the driver when the pressure of one or more tires is too low or when the wear limit is close to being reached. In both cases, the app is able to identify the nearest available tire retailer and can book an appointment to carry out any necessary maintenance.

Pirelli said in subsequent versions the system could provide an estimate as to how much life the tire has remaining.

The sensors weigh only a few grams and thus have no effect on tire performance.

Pirelli's other innovation being launched at the Geneva show is the firm's customization option, which allows buyers to order their tires with colored raised letters and an accompanying thin sidewall strip.

Pirelli is offering four base colors for now — red, yellow, white and silver — available on the P Zero and Winter Sottozero ranges in 19-inch and larger sizes, but said other colors can be order on special request.

Pirelli claims the sidewall coloring is proprietary technology that involves an "innovative" labeling system as well as refining a protection system to ensure the colors don't fade.

Pirelli noted these new technologies are now part of a suite of technologies it's offering owners of the world's most prestigious cars. Others are the Pirelli's noise-reduction system and the Run Flat and Seal Inside technologies that enable a tire to repair itself in the event of a puncture.

Pirelli did not disclose what if any premium is attached to the colored sidewall option, nor what the Connesso system would cost.