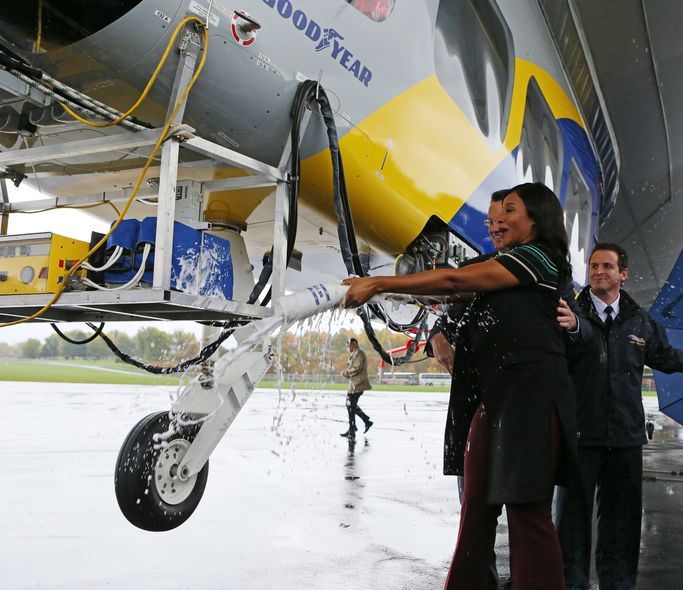 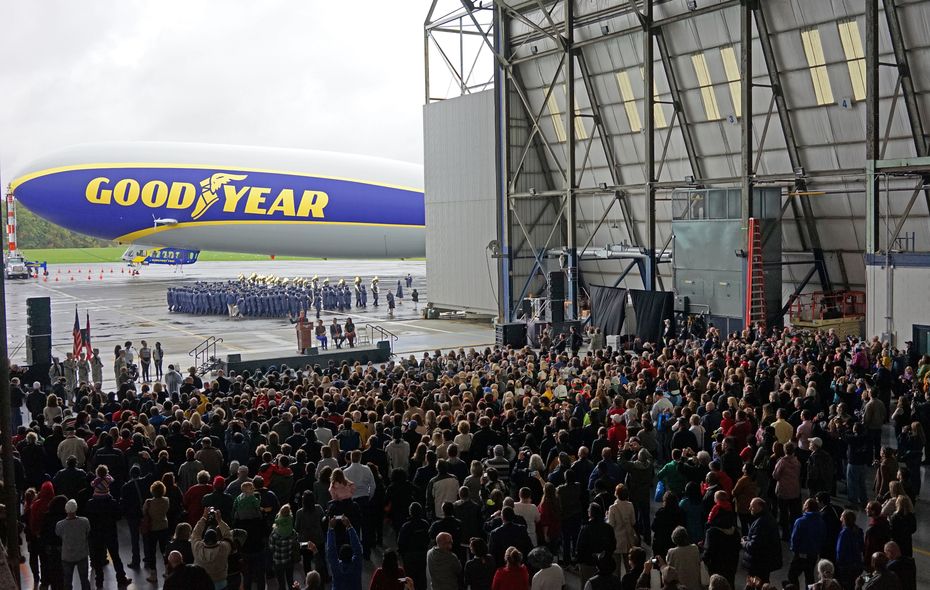 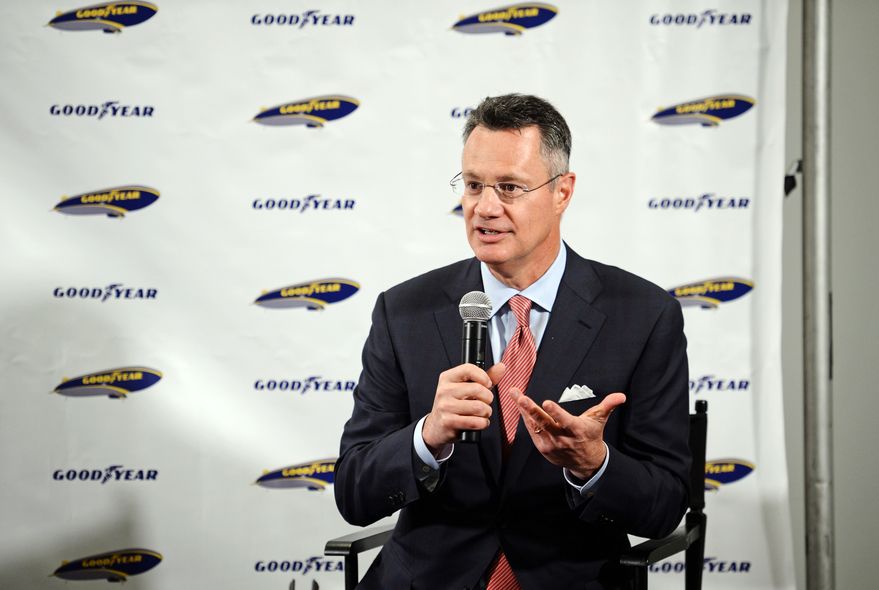 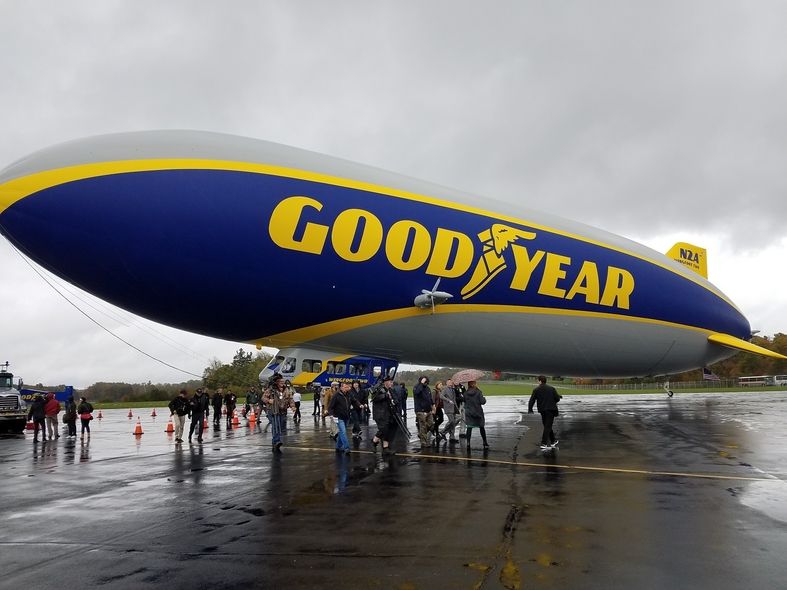 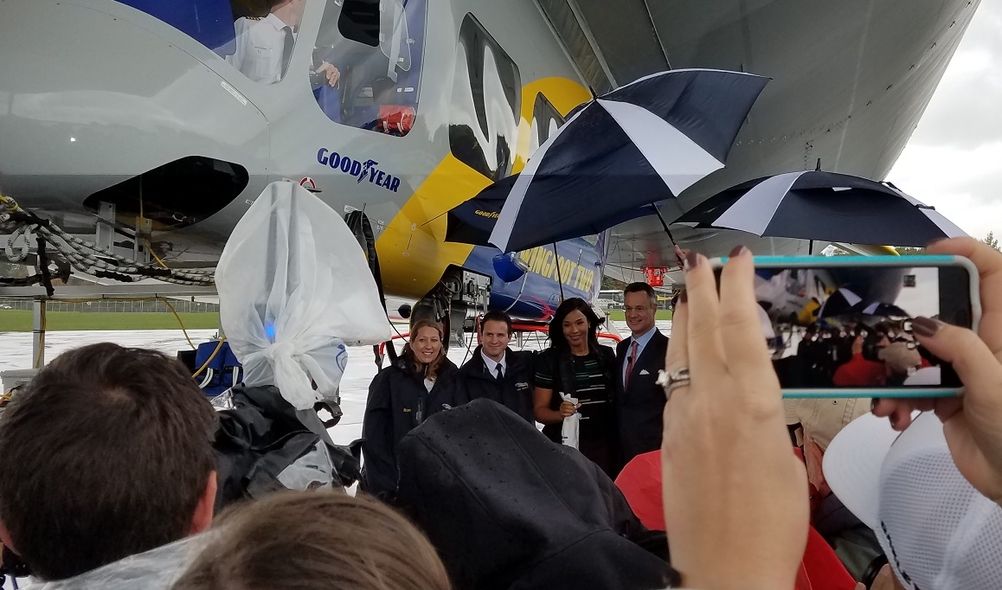 Erin Pustay Beaven, Tire Business
A stained glass window above an office door at the Goodyear Blimp base in Suffield, Ohio, pays homage to Goodyear's iconic fleet of airships.

SUFFIELD, Ohio (Oct. 25, 2016)— Akron native Savannah James, a businesswoman and philanthropist active in the foundation established in 2004 by her husband, Cleveland Cavaliers' star LeBron James, christened the newest addition to Goodyear's fleet of blimps, the Wingfoot Two, on Oct. 21 at Goodyear's blimp headquarters in Suffield.

Since 1917, Goodyear has designed and built more than 300 blimps for public relations and defense applications, the company said. Many of those airships were built at the facility in Suffield.