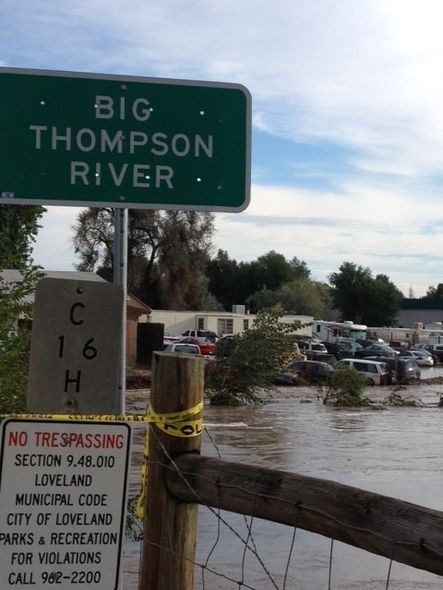 Action Tire & Auto
The Big Thompson River was one of the rivers in Colorado that overflowed. This photo was taken in Loveland, Colo.
Share 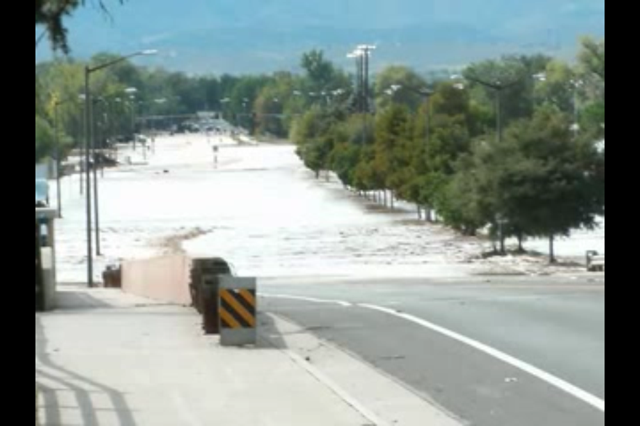 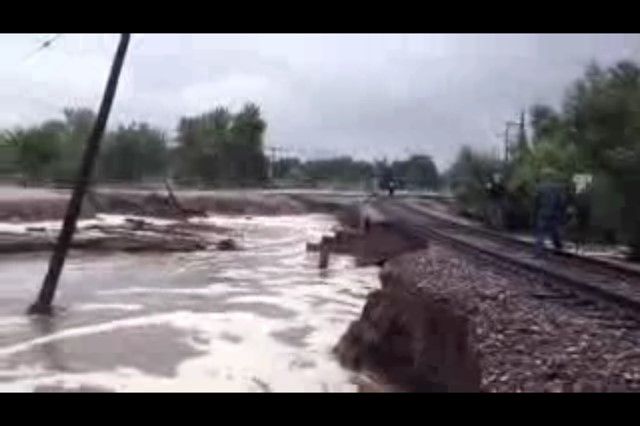 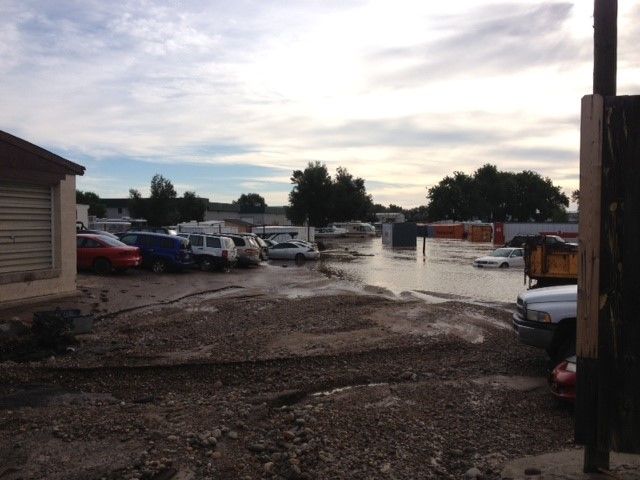 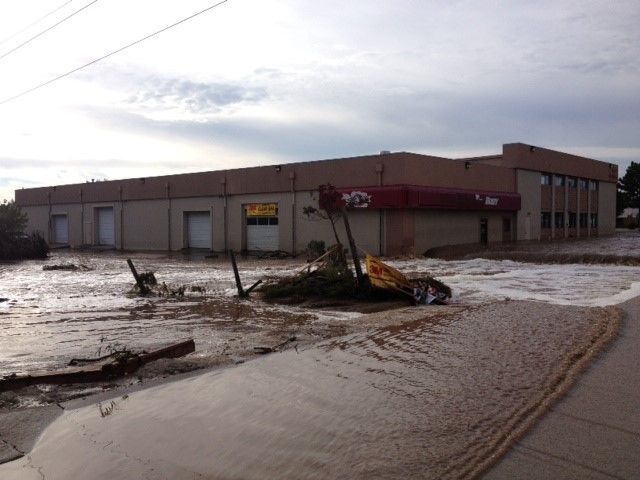 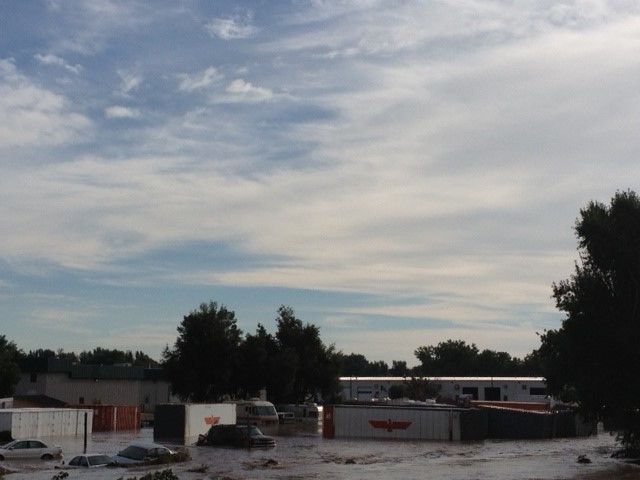 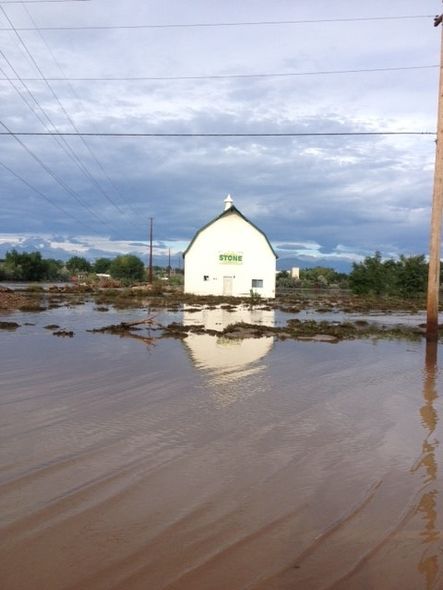 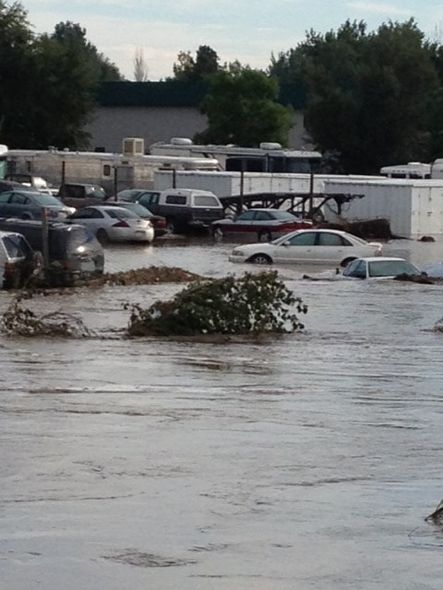 Action Tire & Auto was a block away from the flooding that occurred on Cleveland Avenue in Loveland, Colo. They documented some areas on the street.

LOVELAND, Colo.—With the waters just beginning to recede after devastating floods hit northern Colorado earlier this month, businesses and home owners alike are mopping up and, in many cases, trying to piece together their properties and lives.

State officials have pledged to begin rebuilding—as winter in the higher elevations knocks on the door—but acknowledge some of the damaged infrastructure, including numerous roads and highways, may not be repaired for up to a year.

"They are telling us, with the damage to the roads, damage to the structures of the bridges in the area that we're in, that we could be looking at 12 months," said Tami Moffett, owner of Loveland, Colo.-based Action Tire & Auto, in an interview with Tire Business on Sept. 20.

Ms. Moffett said Action Tire was unscathed by the raging flood waters but is just a block away from flood-damaged neighborhoods, so the business was "shut down for five days" and the "road is still closed."

She and fellow employees were evacuated for two days, and no one was allowed in or out the following three days.

Since then, business has almost stalled.

"People are afraid to come into the flood area," Ms. Moffett said, "and the city has basically detoured people from entering. They don't want people in the water. They don't want them in the area.

"So not just the tire business, but business in general has pretty much come to a standstill."

Penny Null, a manager of Loveland-based Stan's Auto Service, said her shop suffered flood damage and shop personnel were evacuated for five days before they were able to get back in, clean up and reopen. The street in front of the business—Highway 257—is still closed, so they have to get to work a back way. She is not yet sure of the cost of the damage to the business from the flood.

According to a CNN report, the biggest rainfall hit over the foot-hills in the Rockies down the mountainside and then into the "major tributaries" of the South Platte River—including Boulder Creek and the St. Vrain, Big Thompson and Cache la Poudre rivers.

Road closures are a common problem among businesses and residents alike in the area as the flood damaged a significant number of roads leading into and out of towns.

Will Finch, owner of a Big O Tires franchise in Estes Park, Colo., said although his shop was not in the affected area, the travel time to do business has slowed service overall. The flood, however, has increased tire sales for the short term.

"But the two, three main ways in and out of our mountain community have been shut off because the roads were damaged," he said.

"So what used to take us 30 to 40 minutes to get access to other parts and deliveries and things like that, now takes about 31/2 hours, each way."

Mr. Finch said he has heard they will get better access in a couple of months, but reopening the "main artery" for his store, which was Highway 34, is "going to be a year and a half to two years" because 17 of the 22 miles were damaged.

According to news reports, the only major highway still intact in the Estes Park area is at an altitude where snowfall usually closes it for the season.

Mr. Finch said he is providing tires at cost to all emergency services, volunteer firefighters, etc. and "trying to help as many people out with free flat repair and things" because he has seen a lot of rocks in tires.

Ms. Moffett said the infrastructure problems also are causing her problems. "We are on a one-way road,...so you're in and not back out."

"So we're really at a standstill because the bridge separates the division of two one ways that come together. They merge one-way traffic and that bridge is the merge at a stop light from the highway from the interstate that merges that traffic together.

"Here in Loveland, that's where all our damage is, so the businesses that are in this flood zone are just basically cut off from the rest of the town."

As of Sept. 23, the American Red Cross said it was putting up more than 200 people in seven Red Cross shelters across Colorado.

"More than 850 Red Crossers are deployed to the region where, to date, they have served more than 33,000 meals, handed out more than 46,000 relief items and provided as many as 4,700 health and mental health services," said Melanie Pipkin, Media Relations lead.

The Federal Emergency Management Agency (FEMA) has been quoted in various local and national news publications, such as USA Today and Huffington Post, as saying that only 22,000 homes and businesses in Colorado have flood insurance—with most of those being residential—a point that hits too close to home for Ms. Moffett.

She said what she has been told from her insurance carriers, since Action Tire does not have floor or interruption-of-business insurance coverage—"the only option available"—is that the dealership apply for a loan from the Small Business Administration (SBA). That would "cover business expenses for the time that we're down and operating expenses for the money that we're losing," she said.

"And then our employees can file for disaster unemployment for the employees that aren't working or that we have to let go."

With damage still to be assessed, there remain many unanswered questions from residents and business owners in the area.